“Greedy insurance companies have been bullying auto body shops into fixing damaged vehicles with unsafe practices and materials for decades,” said attorney Todd Tracy, who recently filed a lawsuit against State Farm Mutual Auto Insurance on behalf of his clients Matthew and Marcia Seebachan. The lawsuit was filed on October 2 in the U.S. District Court for the Eastern District of Texas. 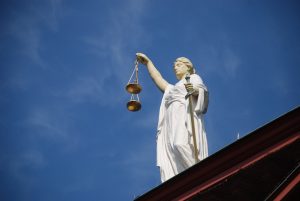 The couple was recently awarded $42 million in damages in their case against Texas-based John Eagle Collision Center, an auto body shop found guilty of negligence for fixing a repair not in accordance to Honda’s OEM specifications.

Now, the Seebachans have filed a lawsuit against the major insurer for its alleged role in influencing the roof repair, which used an adhesive instead of being welded. According to John Eagle’s director Boyce Willis, State Farm wouldn’t pay the shop unless the repair was done according to its specifications as opposed to Honda’s.

“According to John Eagle’s corporate representative, in sworn testimony taken on July 7, 2017, State Farm dictated to John Eagle how the car was to be repaired, i.e., to use adhesive rather than spot welding,” the lawsuit reads. “Furthermore, according to John Eagle’s corporate representative, State Farm can ‘trump’ the OEM (Honda) specifications because the repair facility needs to get paid. However, profits should never trump safety.”

The Seebachans sued State Farm in August but dropped the suit a few days later as not to interfere with the timeline of their case against John Eagle.

“No insurance company should ever dictate to a collision repair center or body shop how to repair a vehicle. To do so is extremely negligent, and shows a wanton disregard for human life and the safety of others,” Tracy argued. “John Eagle did not repair the subject 2010 Honda Fit to Honda’s body repair specifications due to State Farm’s instructions, threats, and/or coercion.”

The couple is suing the insurer for negligence and breach of warranty.

Tracy Law Firm and John Eagle released a joint statement to work together in order “to improve safety standards in the nation’s collision repair industry.”