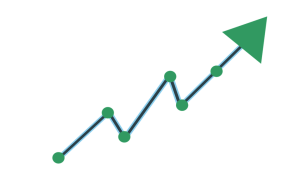 Boyd reported that its financial results were impacted by Hurricane Irma, and to a lesser degree Hurricane Harvey with an estimated impact of $5 million on sales and $1.7 million on adjusted net earnings.

“In the third quarter of 2017 we continued to deliver solid results despite facing significant headwinds from hurricanes and the strengthening Canadian dollar, which is a demonstration of the resilience of our business model and the effectiveness of our strategy,” says Brock Bulbuck, CEO of the Boyd Group Income Fund. “In addition we made several key acquisitions that provide us with a broader market presence and enhanced positioning for further growth.”

Adjusted net earnings decreased 4.6 percent to $12.5 million compared with $13.1 million in 2016. The positive contributions from new locations, including Assured Automotive Inc. on adjusted net earnings were offset by the impact of hurricanes and currency.

“Notwithstanding some of the unusual challenges that we faced in the third quarter, we are confident that we are on track to achieve our long-term goals, including doubling the size of our business on a constant currency basis from 2015 to 2020,” says Bulbuck. “We do expect we will continue to face headwinds from the lower value of the U.S. dollar relative to the Canadian dollar in comparison to the fourth quarter 2016; however, the positive industry trends that drive organic growth, our strong balance sheet with over $400 million of ‘dry powder’ and our track record of successful growth, continue to position us well to deliver value enhancing growth into the future.”