This Thanksgiving is on track to see the highest volume of travel since 2005, with an estimated 50.9 million Americans traveling at least 50 miles away from their home, according to AAA. That’s 1.6 million more travelers compared to last year’s holiday, the report notes. 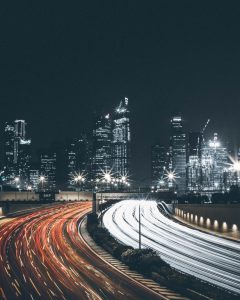 Of that 50.9 million, 89 percent, or 45.5 million, Americans are expected to hit the roads to reach their destination as opposed to flying, or taking public transportation such as a train or bus. That’s an increase of 3.2 percent over last year, according to the report.

Road travel may be up, but it’s not due to low gas prices. Drivers this year will pay the highest gas prices since Thanksgiving 2014. This November, the national average comes in at $2.54 a gallon—up 37 cents year-over-year.

“A strong economy and labor market are generating rising incomes and higher consumer confidence, fueling a strong year for the travel industry, which will continue into the holiday season,” says Bill Sutherland, AAA senior vice president for travel and publishing, in a statement.

This entry was posted in glassBYTEs Original Story and tagged AAA, Thanksgiving, travel. Bookmark the permalink.