The Two Components of Assignment of Benefits

Assignment of benefits (AOBs) has been a controversial topic recently, as insurers allege some auto glass shops, primarily in Florida and Arizona as well as other states with a zero-deductible for auto glass, are committing fraud and entering litigation arbitrarily. Meanwhile, these auto glass shops claim they just want to get paid fairly. 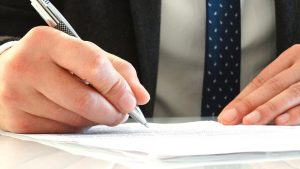 The second component is the assignment of rights. Some insurers allege this is being used to charge unsuspecting insureds higher than customary rates, especially in zero deductible states. Many glass shop owners dispute this charge, alleging insurers are trying to artificially lower their payments to the shops for their work, especially if the shop has no pricing agreement with the insurer or its network.

The November-December issue of AGRR™ magazine explores this topic with an in-depth report.

3 Responses to The Two Components of Assignment of Benefits