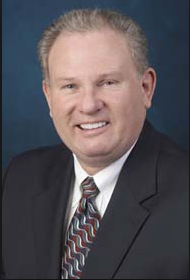 Dan Wilson, former CEO of Safelite Group, and Paul Gross, former CEO of Insurance Claims Management (ICM), the privately held parent company of HSG and the ProGlass Alliance Network, are now the majority owners of ICM as an investor group.

“We saw a lot of future potential in the business,” says Gross. “We felt like there was definitely a need in the marketplace for a strong and vibrant alternative in the TPA space.”

Their investment into the company reflects their commitment to independent networks, “where providers compete for business based on workmanship, customer service and price,” as well as their focus on the auto glass sector’s growth.

Wilson will be the new CEO of ICM and has experience in leading claims management companies such as Safelite and APU Solutions. Gross will work alongside Wilson in developing strategy and growth plans. His main priority will be working with the company’s sales team to foster and support growth.

Gross stepped down from his CEO position in 2015 after a ten-year run to take on the role of company advisor. Wayne Sharrah has been serving as CEO since his transition.

According to a letter to network members, the pair paid for the company in cash and plan to focus on innovation and growth in the auto glass business.

“I think it will be very good for independent auto glass retailers across the country,” Gross says.