Coming Back from Hurricane Harvey

The 2017 hurricane season was one for the books: Harvey in Texas, Irma in Florida and Maria in Puerto Rico—each causing widespread devastation that some areas are still grappling with. Dave Duensing, owner of Texan Glass & Solar Control in The Woodlands, Texas, considers himself and his company lucky, though his auto glass shop didn’t make it out of Harvey completely unscathed.

The company, which now has five locations, opened 17 years ago in The Woodlands, a town 30 miles north of Houston. Since its opening, the company has never experienced flooding, until Harvey hit in late August of last year. 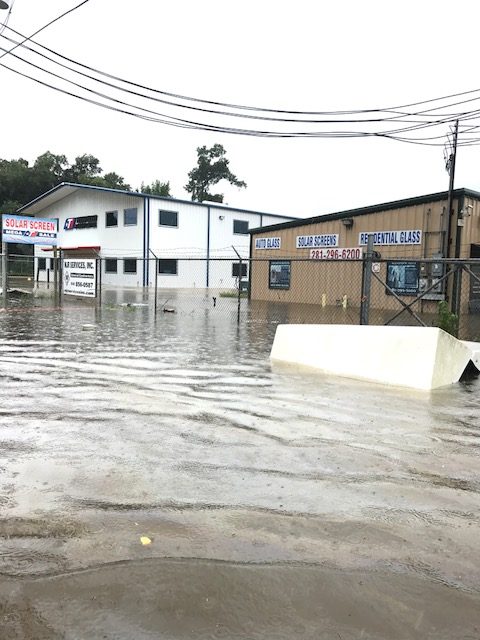 The outside of Texan Glass during Hurricane Harvey.

“When the flood hit, we thought we’d be okay since we’ve never had flood waters before,” Duensing says. “So all we did was pick up computers, put them on top of desks—stuff like that.”

To Duensing’s surprise, 5 feet of water flooded the building. To make matters worse, he was in the process of building a new, two-story, state-of-the-art corporate headquarters right next door, which saw 3 feet of water. 99-percent of the new equipment Duensing had purchased for the new building had to be thrown out, he says, as it was stored in the old building.

“We literally threw everything out of the place; we had cut the dry wall up to 5 feet,” he says. “It was still hot, so we had to put big thick plastic on the walls, all the way around. When we did that, we moved back in in a couple of days. We had to go out and buy new computers—everything.” 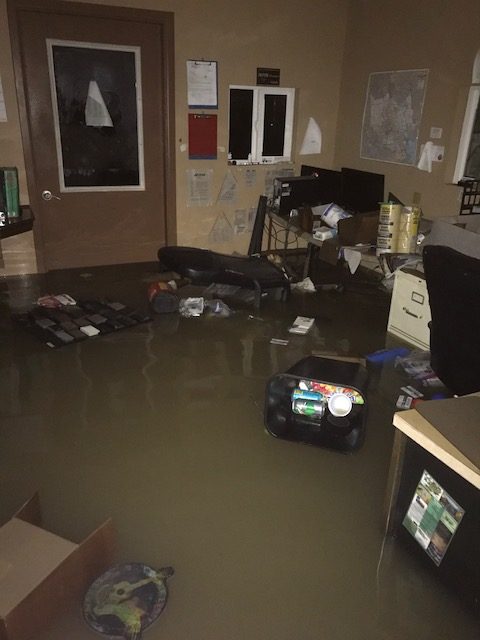 The aftermath of Hurricane Harvey inside Texan Glass.

Despite having to buy new equipment, Duensing says he was very lucky in the grand scope of things. His company was only fully shut down for five days, and, within two days of the waters receding, a small crew of his were back doing jobs, but the work came back slowly.

Prior to the storm, the new building was poised to be ready by mid-October. Fortunately, the damage was considerably minor, and only set construction back by a couple of weeks.

Duensing says they were able to officially take over the new building on November 1, and they’ve been having great luck ever since. On January 2, the company purchased Mitchell Auto Glass in Victoria, Texas, which is about a two-and-a-half-hour drive from Houston.

“It’s the halfway-point between Corpus Christi and Houston,” he explains, as he also has a Corpus Christi location. “We’ve had a presence in Victoria for about seven or eight years, but we were a very small presence—just a couple of technicians—so this was really good for us.”

Duensing says he’s kept the name Mitchell for now, as the shop has been on the city’s main drag since 1994.

“It’s a very well-established company,” Duensing says. “We’re not really sure how fast we’ll transition the name—it’s well established, and we want to respect that, too.”

The company belong to a former boss of his in 1993 when he worked in Houston at what was then called Windshields of America. In 1994, his boss moved to Victoria and opened Mitchell’s, he explains.

“Fast forward 23 years later—we never really kept in touch—I think she was just ready to retire, and she reached out to me,” he says. “The opportunity kind of presented itself.”

He said the discussion took place before Harvey hit, which ended up delaying the transition since there was damage to the Mitchell building as well.

As for the steady growth of his business, he says it all came down to the people who surround him.

“The biggest things that have helped me are surrounding myself with quality people, quality employees— that’s been the biggest thing to help grow this business,” Duensing says. “I feel strongly about that: family and good quality people. The Victoria acquisition and the Corpus Christi location both came from colleagues I’ve met more than 20 years ago—it’s about the relationships you build.” 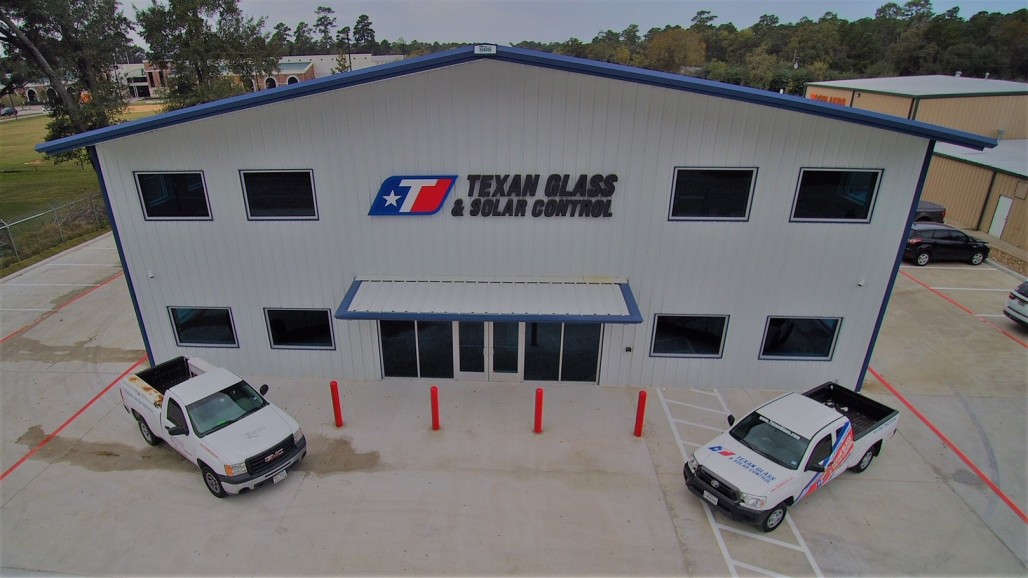 2 Responses to Coming Back from Hurricane Harvey