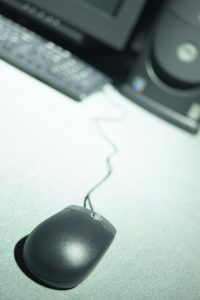 In May 2016, the Occupational Safety and Health Administration (OSHA) issued a controversial new rule that requires employers in high-hazard industries, including manufacturing, to send injury and illness data to OSHA electronically every year. Enforcement began in late 2017, but a new report says most companies haven’t bothered to file the forms.

Bloomberg Environment reported last week that nearly 200,000 workplaces didn’t submit Form 300A electronically by the December 31, 2017, deadline. OSHA had expected more than 350,000 reports. However, just 153,653 were submitted. Additionally, about 60,000 businesses that weren’t required to submit a form turned one in.

The December 31, 2017 deadline was for 2016 injury and illness data. 2017 data must be posted by July 1, 2018. OSHA has until June 15 to inspect workplaces for violations of the electronic reporting rule.

Form 300A is a summary of work-related injuries and illnesses that occurred at a workplace in the previous year. It includes individual reports that are recorded on Form 300: Log of Work-Related Injuries and Illnesses. Under the new rule, that information will be posted on a public website that will be accessible to anyone.

According to Bloomberg’s report, the information might not have been submitted because many companies don’t know if they’re exempt. The rule affects all establishments with more than 250 employees and establishments in high-risk industries with 20-249 employees. An establishment is defined as either an entire business or a unit of a business. Each establishment can submit data, or a corporation can submit all data from its units.

Terry Burkhalter, the vice president of risk control services with Willis Towers Watson, said he’s not surprised by the news.

“This has been a standard with a constantly changing effective date complicated by the fact that the agency’s director (FedEx executive Scott Mungo) is still awaiting congressional confirmation,” he said. “There are exemptions that do apply to some, and many still have valid privacy concerns. However, at this point compliance is expected.”

The new injury tracking rule was originally supposed to go into effect on July 1, 2017, but OSHA delayed enforcement until December 1, 2017, then extended it to December 15 and finally December 31.

In November 2017, OSHA said it would review the Improve Tracking of Workplace Injuries and Illnesses rule and publish a notice of proposed rulemaking to revise or remove portions of it in 2018. Specifically, the agency is considering removing the requirement for workplaces to submit Form 300A electronically.

To address the lack of compliance with the new rule, OSHA issued a memorandum in February to all regional administrators reminding them that failure to submit reports could lead to Other Than Serious violations for workplaces and potential fines of $12,934.

The rule has faced a couple of legal challenges.

In January 2017, the U.S. Chamber of Commerce and other groups sued OSHA, claiming that the regulation is “arbitrary, capricious, and otherwise contrary to law.” The plaintiffs also say it violates the first and fifth amendments of the Constitution because it compels companies to submit confidential and proprietary information that will be published on a publicly available database and fails to provide employers with due process.

In July 2016, a coalition of business groups, including the National Association of Manufacturers (NAM), filed a lawsuit in U.S. District Court for the Northern District of Texas challenging the anti-retaliation provisions of the reporting regulation. The groups say it “will limit post-accident drug testing and safety programs that contribute to jobsite construction safety,” such as contests that give prizes to workers for injury-free days.

The rule bans post-accident drug testing because the agency thinks it might make employees think twice about going on the record with injury claims.

In November 2016, the court denied the plaintiffs’ claims, leaving that part of the OSHA’s new reporting rule intact.

This entry was posted in glassBYTEs Original Story and tagged Occupational Safety and Health Administration, OSHA. Bookmark the permalink.