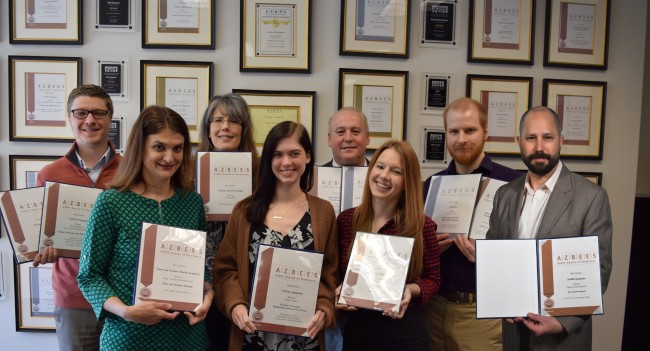 AGRR™ magazine was awarded an American Society of Business Publication Editors’ (ASBPE) award for the Mid-Atlantic region on Wednesday at a ceremony held in Washington, D.C.

Contributing editor Drew Vass received a regional bronze award in the Best Impact/Investigative category for his article “Is NAGS Broken?” featured in the March/April 2017 issue.

Three other publications put out by Key Media & Research (KMR), the parent company of AGRR™, won regional ASBPE awards as well. USGlass magazine won four bronze medals — one for video (news coverage), two for print (best special section and best technical article) and one for design (best infographics). Window Film magazine won a regional silver for video (news coverage) and a regional bronze for print (group profile). DWM magazine took home four regional awards—two gold medals, one for video (webcast series) and one for print (news analysis), both of which are national finalists; a silver medal for print (single topic coverage by a team) and a bronze for online (analysis/commentary).

In all, KMR won 11 awards, the most ever for the company.

“I am so happy for the talented professionals at KMR who challenge themselves to be better every day,” said KMR president Deb Levy. “It’s gratifying and humbling to see their efforts and hard work honored.”