Tax Reform Success Leads to Trip to D.C. for One Auto Glass Owner 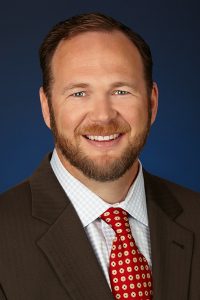 Larry Patterson, owner, Glass Doctor of Dallas Metroplex, says he was pretty shocked when he received an invitation to the White House, a visit he happily made last week. Patterson was invited as part of a group of business owners who have posted tangible results from the nation’s new tax law. Patterson was still on his White House high when we spoke to him this week, and he was happy to share all the exciting details.

glassBYTEs: First of all, congratulations. Tell us what it was like to visit the White House.

Patterson: It was unexpected and a cool experience. It was amazing the level of security [needed] to get in there. You expect it but until you experience it, it’s amazing. We went to the Rose Garden and the Marine band was dressed in reds playing music, a bunch of reporters were there and 100 guests. There were also some cabinet-level staff and members of Congress, independent businesspeople—and the President and Vice President.

It was so cool to sit in the fourth row to watch the President up close and personal. I could see the teleprompter, and it’s amazing to see how off-script the President was … He added a lot of off-the-cuff remarks on what he thought about the tax cuts, renegotiating NAFTA and creating jobs in America. He said that 20 or 30 years ago we all used to say “Made in the USA” and it meant something, and that’s something we are going to bring back. To me, that’s pretty powerful—especially to the people who grew up in the Midwest watching their dads work [in factories] and then see these jobs disappear.

glassBYTES: Who did you take with you?

Patterson: Chase Pierson, who handles our commercial account business, and Shane Price, account manager. They were beside themselves. I have been fairly politically involved, but for them it was a whole new thing, and it was neat to see how they got to experience it. It opens your eyes for the need for political engagement, and I think they will be more involved.

glassBYTEs: So you were invited because the new tax laws had a positive effect on your company? Tell me about that impact.

Patterson: We have about 55 employees, so we aren’t small but aren’t huge either. I was doing some research because I intuitively know people are getting more money in their checks. I went back and did due diligence, and in the first quarter alone our employees have saved $15,000 in withholding taxes that went in their paychecks instead of to the government. I projected through 2018 and on average our employees will save $1,000 to $1,500 per person by the end of the year. I have a single mom with two kids who works for me, and she is taking home $35 more per pay period. It doesn’t sound overwhelming, but that’s important money to use [missing word?] what she needs it. Every dollar counts. That’s her money that she earned.

In the past we have seen some of our hourly specialists be surprised when they work overtime and get their checks because they think it was miscalculated. But with the increased pay the withholding rate changes–it’s a disincentive for a guy to work more.

glassBYTEs: Have you educated your employees on the changes?

Patterson: I don’t know that they all recognize it, and it is deserving of some education because most people aren’t paying much attention. We have an obligation to educate. For me, a small business owner, I expect this tax reform will put $70,000-$100,000 dollars in my pocket at the end of year in terms of a reduced tax bill.

When you look at my marginal rate under the old system, more than 40 cents of every dollar of what we call profit will go to pay taxes. Because of this, people don’t want to start a business.

glassBYTEs: Will you use the money to reinvest?

Patterson: Yes. This will allow me to build and hire. We are building a new showroom and adding square footage to our facility.

glassBYTEs: Would you have done this if were no tax reform?

Patterson: As a business owner I am looking at what the tax and regulatory environment looks like when I got to make these decisions. When I can look forward and say “my tax rate just went down and I have an executive in Washington who is reducing the regulatory burden and thinks business is a positive force,” I can say it makes sense to grow in this environment. I have wanted to do it but there was a lot of political uncertainty, so this just accelerates our plans for growth.

1 Response to Tax Reform Success Leads to Trip to D.C. for One Auto Glass Owner