LKQ Corporation, parent company of PGW Auto Glass, had an outstanding second quarter, according to its latest financial results released today. The company reported record revenue growth with an increase of 23.3 percent, which is an increase of 3.03 billion dollars. This is compared to $2.46 billion in 2017’s second quarter. 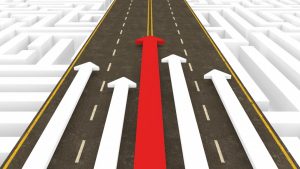 “I am very pleased with the 7.2% organic parts and services revenue growth we achieved in the quarter as it reflects a sequential organic revenue growth rate improvement in each of our North American, European and Specialty segments … This growth reflected a reversal of some of the transitory items noted in our commentary in the first quarter of 2018, as well as better than expected performance in each business,” Dominick Zarcone, LKQ Corporation president and chief executive officer, said. “I am particularly proud of the ability of our European teams to address the challenges we faced in the first quarter and deliver a 130 basis point improvement in sequential Segment EBITDA margin,” Zarcone added.

During the same six-month period, cash flow from operations came to $329 million, of which approximately $115 million was invested in capital expenditures and other long term assets, while $162 million was also used for paying down credit facility borrowings.