Sika’s sales growth percentage reached the double digits in 2018 so far. According to the company’s latest financial report, it has seen a 13.9 percent growth in sales within the first half of 2018. Meanwhile, the company has also seen growth in its second quarter. It reported an increase of just over 16 percent. 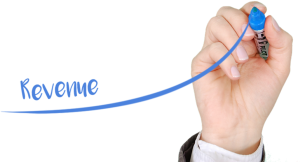 There are several factors that Sika accredits to its 2018 success, which include: opening three new factories, the establishment of another national subsidiary, and the total costs of signing new clients. In 2017 Sika saw an increase of 11.7 percent in the Americas, and now the company has recorded growth just over 13 percent.

Sika has also done well in its other regions of operation. The company’s Europe, Middle East and African sales increased by 13.6 percent.

“Given the positive development of business in the first half of 2018, the establishment of a further national subsidiary, and the commissioning of three new factories, we are continuing to implement our 2020 strategic targets in a consistent way, and will exceed the CHF 7 billion sales mark in 2018 for the first time ever,” Paul Schuler, chief executive officer, said.

“With a significant sales increase of 15.9 percent in CHF and growth in net profit of 11.4 percent, we can look back on a very successful first half of 2018, in which we benefited…,” Schuler said.