Pittsburgh Glass Works (PGW) has revised its auto glass return policy. It was made effective last week and states that its customers now have a 24 hour window to report any damaged auto glass delivered during the night in order to receive credit or return.

“Due to night deliveries and times where a customer may not be able to visually inspect a product immediately after delivery, we are updating our damaged glass return process,” Todd Fencak, PGW vice president – North America, in communication to customers.

Auto glass shop owners don’t seem surprised with the new policy change. “I can see where the company is coming from; there’s less profit for the distributers now compared to in years past,” said Larry Diesbach, Regional Auto Glass division manager. Less profit usually can mean a company will try to recoup it elsewhere, according to Diesbach. “I believe that the PGW policy for returns on damaged glass is reasonable,” Sandra Smiley-Carrique, owner of Smiley’s Glass, said.

One interesting facet of the recent change’s time frame is what it ultimately means for small privately owned auto shop customers. Having a one day turn around to report any possible damage prevents shops from storing the product for too long before asserting it was defective or damaged when it arrived to their shop. “The bottom line is, they can’t sell a product if it’s been sitting in a shop for too long,” Diesbach added. “We struggle with the same issues as I am sure all installation companies have … a customer will schedule an appointment and then forget or reschedule for several different times and then never show up. Then we have this windshield that needs to be returned and must deal with the potential restocking fees,” Smiley-Carrique said.

What happens with a defective product?

“PGW will pick up the part and review it to determine if credit will be issued. This new process allows PGW to expedite a credit and implement actions to eliminate future occurrences,” Fencak said. 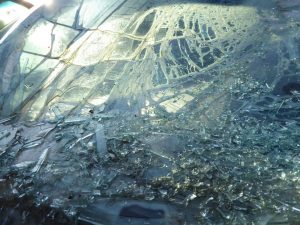 PGW isn’t the only one who thinks 24 hours is enough time. “My policy for customers is also 24 hours to report any suspected damage or distortion to their vehicle. Most people don’t even think about it, but you have so much more exposure the bigger your company is,” Diesbach mentioned.

It’s possible for smaller auto glass shops not to keep glass in their shops for long following this change. “I think in general the smaller shops don’t sit on glass for long because they don’t have the cash flow to have it sit. I remember when I had a small shop, I would order it, do the job and pay the bill – no waiting around,” Diesbach said.

“I think this is something that the warehouses should approach on a more specific business-to-business policy instead of a blanket approach to every shop,” Smiley-Carrique added.

1 Response to PGW Changes Its Policy Regarding Damaged Auto Glass