Several Toyota Prius owners filed a lawsuit against the car company claiming to have defective windshields. According to the vehicle owners’ complaint, Prius windshields from 2016 and 2017 randomly crack and break without being in hazardous conditions.

According to the amended complaint, the vehicle owners experienced design defects that affected their safety. “The windshield defect can manifest at any time, while parked or operating at highway speeds, and requires windshield replacement in order to ensure safe operation of Class Vehicles. The windshield defect presents a substantial safety risk,” according to an excerpt from the complaint.

Several drivers stated their windshields started getting small nicks and cracks that eventually spread. If a crack spiders outward across a person’s windshield it can inhibit the driver’s ability to see and avoid risks while driving. Low visibility can increase a driver’s chance of getting into an accident. The vehicle owners also claimed the defective windshield weakened the overall strength in the front of the Prius in the event of an accident. “… this exposes vehicle occupants and fellow drivers to a substantial and unreasonable risk of physical harm. The only means by which to remedy the defect once it manifests is to replace the windshield, often at considerable expense,” says an excerpt from the complaint.

The class action lawsuit claims Toyota is responsible and should replace the defective 2016 and 2017 Prius windshields free of charge. 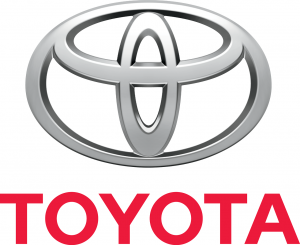 Toyota denied the lawsuit’s claims. The company believes the claims made in the lawsuit were too broad, and referenced its warranty, stating the windshield damages claimed by Prius owners were not covered by its warranty. Toyota moved to have the class certification denied because it claimed there are countless common ways for a driver to damage their windshield and that it is too early to determine the causes for the broken windshields.

An opposition brief was filed this week wherein vehicle owners opposed Toyota’s claim that the cause for broken windshields was too broad. In addition the Prius owners stated “the injunctive or declaratory relief plaintiff seek in the form of a recall would provide all plaintiffs and class members with that for which they bargained: class vehicles with non-defective windshields.” Which means, the Prius owners would like their windshields fixed or replaced. They believe the replacement or repair should be given to them because when they purchased their vehicle they were under the assumption of a non-defective windshield being included.