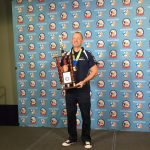 The winners of the Pilkington Clear Advantage Auto Glass Technician Competition (AGTO) and the GlasWeld Windshield Repair Competition (WRO) were announced tonight at a ceremony in San Antonio, Texas, where Auto Glass Week™ was held. 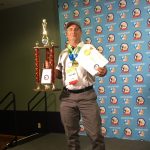 Suzanne Allan of Suzanne’s Windshield Repair in Round Rock, Texas; took the gold in the WRO and also will receive a $5,000 prize.

The silver in the AGTO went to Travis Crebs of TechnaGlass in Taylorsville, Utah, and Collin Walton of Don’s Mobile Glass Inc. in Merced, Calif., took the bronze.

Matt Anderson of Novus Glass Repair and Replacement in Spokane, Wash., took home the silver medal in the WRO and TJ Tirado of Windshield Fitters Inc. in Katy, Texas, came in third with the bronze. 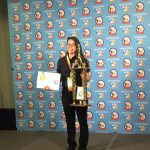 The AGTO judges also recognized Martin with the Ingenuity Award for inventing a system that can make a vehicle level no matter where it is located. 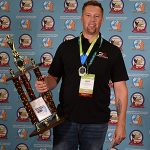 The gold medalist and grand champion was Bradley, who received a prize of $5,000 and bragging rights as the “World’s Best Auto Glass Calibration Technician.” 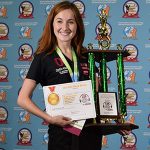 The gold medalist and grand champion was Olivia Smelcer (Howe)

Also announced tonight were the winners of the Customer Service Representative (CSR) competition, which recognized those who are the voice of the automotive glass industry.

Contestants in the preliminary rounds were divided into four regional competitions across the United States and competed from their offices. Competitors participated in a mystery shopper experience and received a call during the month of August. Companies and their competitors were not notified of the date or time of the call ahead of time. A team of judges graded the call.

The gold medalist and grand champion was Smelcer (Howe), who received a prize of $2,500 and bragging rights as the best Auto Glass Customer Service Representative in the world.

The awards were given tonight in San Antonio, Texas, at the Auto Glass Week Closing Awards Party. Stay tuned to www.glassBYTEs.com™ for additional coverage from Auto Glass Week, which concluded today.