Shelby Klein has been battling a discrimination case for years against Safelite Autoglass, but a final ruling may be closer now following a granted summary motion. The New Jersey case centers around Klein alleging that her former employer, Safelite Autoglass, terminated her 18-year employment based on pregnancy discrimination, retaliation under the Family and Medical Leave Act (FMLA), and a violation of the equal pay act.

A summary motion means there are no factual errors in the case, including all supporting testimonies and court documents, and the case can move forward and be decided upon in lieu of going to trial. The motion was granted to the auto glass company in late June of this year.

Safelite Autoglass maintains Klein was fired as a result of years of declining performance as a store manager. Even after the company placed her on a performance improvement plan (PIP) she continued to decline, according to court documents. 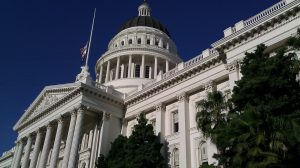 “Defendant maintains that Plaintiff demonstrated performance deficiencies as early as 2011. On Plaintiff’s 2011 Performance Review, her supervisor at the time, Joe Vance, noted that Plaintiff had the worst net performance score (NPS) score in the Philadelphia Market,” a section of the court document reads.

Klein was placed on PIP two days after she returned to work following her time off under the FMLA when she had her child.

Documents also included in the summary motion reveal how much Klein’s performance declined and how her work vas viewed by her employees.

The auto glass company maintains Klein was given ample time to correct the performance issues and improve the store she managed prior to her removal.

“Plaintiff returned to work February 18, 2015 with no lingering medical conditions related to childbirth. She was terminated 173 days after returning to work, about 9 months after giving birth,” a section of the court document reads.

The next step in deciding the fate of this case has yet to be announced from New Jersey’s District Court.