Fuyao Glass America’s (Fuyao) ongoing lawsuit continues with new orders from the U.S. District Court in Dayton. The Ohio court ordered Cho Tak Wong, Fuyao’s founder to produce documents. The type of information requested in the documents has yet to be announced.

According to the court, the documents will allow the lawsuit to continue. The glass manufacturer has until the end of November to produce the information to the court. 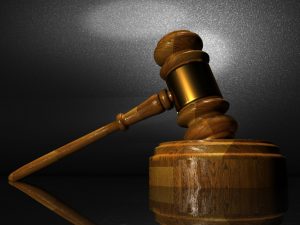 The lawsuit was filed in 2017 by Dave Burrows, a former executive at the company’s Moraine location, against the company and Cho. In the lawsuit he makes a few claims including a breach of contract directly tied to his departure from Fuyao. According to court documents, Burrows claimed Fuyao persuaded him to forfeit his position with the Dayton Development Coalition and sell his ice cream franchise in order to be employed by the company. After agreeing to the terms and agreeing to the company’s contract, he relied on his earnings and employment with the glass manufacturer to support himself.

According to testimony from Burrows, on his final day with the company, Cho falsely said he [Burrows] had resigned in a company meeting. Once the lawsuit was filed Fuyao made a motion to dismiss the case, but a federal judge dismissed it.