How One Company Gives Back Through Its Windshields

When most people think of December they think of holidays, getting to see family and in some cases, snow. But for at least one Minnesota company, the holidays mean helping others. That can be said for Premier Auto Glass, in Rochester, Minn. decided to make this month all about windshields and giving back, and each week they’re selecting one person who will receive a free windshield.

“We get together a few times a year to brainstorm ways to help the community. This year one of the guys suggested we do a windshield giveaway,” said Michael Packer, the owner of Premier Auto Glass.

Since this isn’t the first time the company has given back Packer said his initial reaction was “Yes.”

“No matter what it is, it could be a food drive, as long as we help those who are in need, I think we’re doing our part,” Packer said. 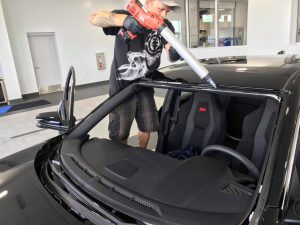 Initially Premier Auto Glass took to social media to spread the word on its giveaway, but shortly after news stations picked up on the idea and submissions began to rapidly come in. Not even through half of the month and the company already has roughly 50 submissions and Packer says it has already selected the first winner this week.

“We’ve been seeing most people nominating others, each submission has a story of why said person should be chosen. My philosophy is let’s be happy and let’s have our customers be happy too,” Packer mentioned.

Some important points about the contest include:

“You know the main reason we do things like this? It’s because we’re the company that helps when you’re in need. There have been several times where we’ve opened the shop early or have met a customer after hours to do a repair … it’s what we do. We’re a big family and it’s always been my philosophy in business,” Packer said.