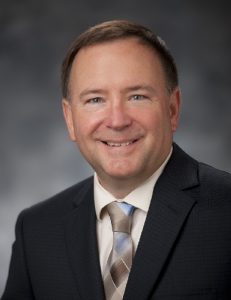 After 39 years in the industry, Glenn Miner is preparing to retire. March 29, 2019 will be his last day as director of construction for Vitro Architectural Glass, but Miner says it’s still business as usual right now.

Miner’s father worked for PPG for 40 years, so Miner says he grew up in the glass business.

“I interviewed with PPG right after school,” he says.

Since then he’s worked in the aircraft and automotive OEM and replacement industries before coming back to the architectural division. Miner’s biggest accomplishment in the automotive sector involved an aftermarket windshield dumping case.

“I was actually leading and won a dumping case against imports on aftermarket automotive windshields. That took about three years and gave an interesting view of the operations and politics of trade,” he says. “I dealt with a lot of people in Washington, D.C., and testified in front of Congress, trade commissions and the like. We ended up winning that dumping case.”

While working with aircraft glass Miner was assigned to reverse engineer an aircraft windshield.

“It’s extraordinarily complex. You go to essentially the old airplane graveyard, pull out some windows, tear them apart, work on the design, then rebuild it and send it to the FAA to get approved for airworthiness,” he says. “It took a couple of years, but we were able to accomplish that. It was the first time I think that had ever been done in the industry so that was a thrill.”

One of the biggest challenges Miner faced was the massive imports of aftermarket automotive windshields and the impact it had on the industry around 2000 and 2001.

“It really devastated the industry,” he says.

Another major challenge was navigating the Great Recession once he had returned to the architectural side of the business.

“In 2008-2010, commercial building pretty much stopped. How you continue to innovate and plan for the future, because you know [the recession] isn’t going to last, and yet, adapting to existing conditions [was a challenge.] You couldn’t turn the float plants off,” he says. “Business got particularly ugly and you had to have confidence in your strategies and stay the course. You had to support the people who count on you and work together to work through things.”

A major concern throughout the glass industry is that as people retire, there might not be people able to step into their shoes. Miner says that Vitro has addressed this issue.

“We saw that there is going to be pretty big turnover in people over the next 5-7 years as people start reaching retirement age,” he says. “We started bringing in people several years ago who are starting to come up through the organization …We work with them to develop them for the long-term. With millennials, companies started to retract from long-term investment and employees started jumping between companies. How do you build that trust between the employee and the company? That’s one thing I’ve been impressed with at Vitro, probably due to the family background. They truly do have a concern for the people and really strive to keep that long-term relationship.”

As he prepares to retire, Miner says that the biggest joy and strength come from the people he’s worked with every day.

Miner says that once he retires he’ll visit both of his daughters who live in Europe. He also plans to hike and travel around the U.S. with his dog and his camera, as photography is one of his big hobbies.

This entry was posted in glassBYTEs Original Story and tagged Glenn Miner, Vitro. Bookmark the permalink.