Posted on May 30, 2019 by Emmariah Holcomb
eholcomb@glass.com

Kia Motors America, Inc. (Kia) could soon be headed to the Sixth Circuit Court of Appeals over alleged defects in its sunroofs found in some of its models. Tom Kondash, and several others, originally filed a lawsuit in July of 2015 against the auto manufacturer. Now however, the court has received a petition for a rehearing en banc.

A rehearing en banc is when a case is heard before all of the judges of a court rather than by a panel of judges selected from them. According to court documents, the original panel that reviewed the petition for the rehearing found the issues raised were “fully considered upon the original submission and decision of the case.” The petition then went to the full court. At this time no judge has requested a vote on the suggestion for a rehearing en banc, which means the petition has been denied, according to court documents. 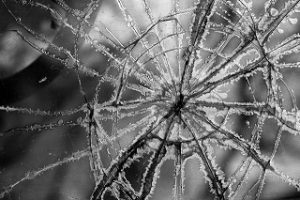 The case originated when Kondash claimed Kia “failed to meet several demands,” which included failing to stabilize and secure the glass used in its panoramic sunroofs. In 2012 Kondash bought a new Kia Optima from an Ohio dealership. He claims in mid-July of 2015 he was driving on the highway with his wife with the sunroof closed. They then heard a loud noise as the sunroof burst into pieces and fell onto them, causing minor injuries to his wife.

The original complaint stated several Kia models had issues with its sunroofs and more than 200 drivers had complained about having their sunroofs “shatter suddenly without warning.”

Although Kia admitted to “being a leader in such incidents” Kondash claimed the auto manufacturer was not only aware of its inherent issues but also failed to warn its customers of the issues while it continued to sell the “defected” models. The alleged “defected” vehicle models discussed throughout the lawsuit included:

According to the company, in 2011 it offered an upgrade feature for its vehicles made in that year, the feature was panoramic sunroofs. The sunroofs were made of tempered or laminated glass that attached to tracks mounted into the vehicle’s frame. The materials used for its sunroofs also came into question during the early stages of the lawsuit.

“The Korea Automobile Testing & Research Institute, a vehicle safety testing institute, has concluded that the enamel used for ceramic print areas in Kia vehicles impairs the strength of the glass, making the glass not only less durable than the usual toughened glass, but also less durable than ordinary glass,” a portion of court documents reads.

Kia responded by claiming its sunroofs shatter “only as a result of impacts from objects on the roadway.” The company was made aware of the issues surrounding its sunroofs following a defect investigation performed by the National Highway Traffic Safety Administration (NHTSA).

Throughout the ongoing proceedings Kia fought to seal certain documents, claiming they contained trade secrets. A judge ruled not to seal said documents because the case was over alleged shatter-prone sunroofs.

“Kia contends that the district court erred by impermissibly including in its trade secret determination consideration of whether access to the documents was of public importance. This is not the case,” the judges wrote.

Currently the court has received a petition for a rehearing en banc but has yet to disclose a date for further action.