Rupert Armitage is stepping down from his position as Auto Windscreens’ managing director, operations director James MacBeth, has been appointed to Armitage’s former role. 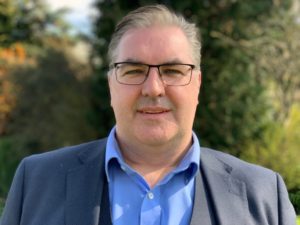 MacBeth’s career with Auto Windscreens spans nearly 30 years, according to the company. He was a trainee technician in 1992 and became the fitting center manager. He then took the position of regional manager in 2013, two years after the business was acquired by Markerstudy Group. He was promoted to operations director in 2016.

“James is familiar with every detail of the Auto Windscreens’ operation. With hands-on experience, industry knowledge that is second-to-none, and a desire to embrace new technology, he’s the ideal candidate to take over and drive Auto Windscreens into the next chapter,” said Kevin Spencer, the Markerstudy Group CEO.