Research Points to Impact Calibration has on Insurance Claims 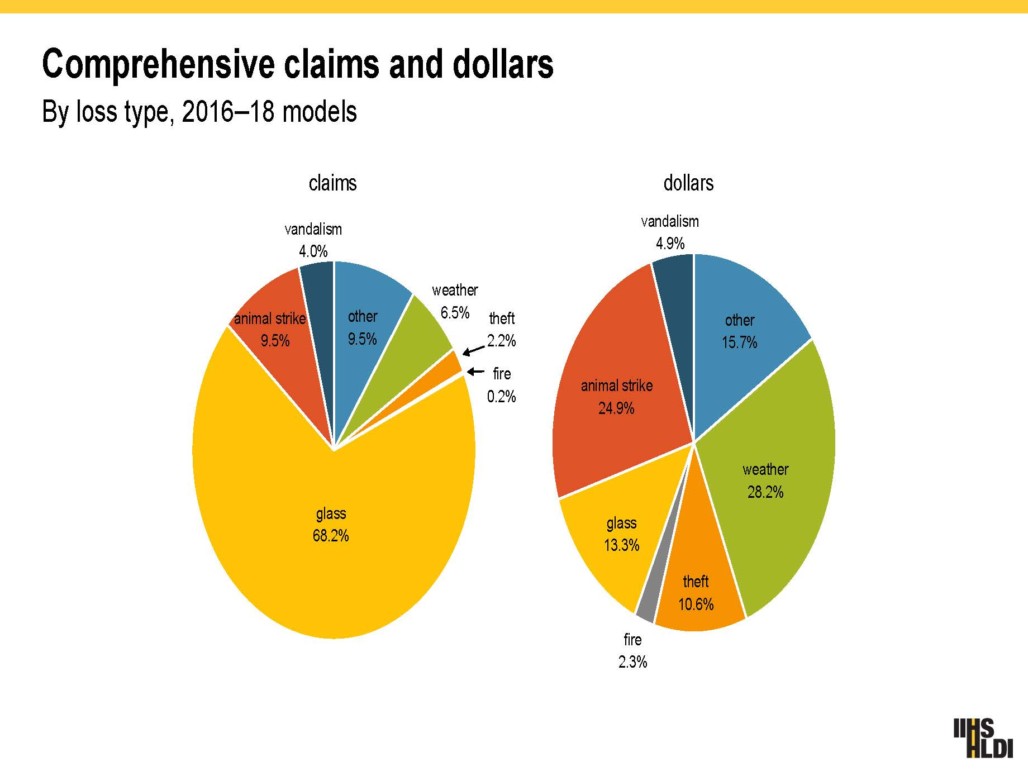 Vehicle calibrations and their impact are entering into data surrounding auto glass claims, according to recent research. Kay Wakeman, research analyst, Insurance Institute for Highway Safety’s (IIHS) Highway Loss Data Institute, presented some of this info at the recent Automotive Glazing USA event. IIHS and its Data Institute are supported by insurance companies.

Wakeman offered some research based on car models different than the previous data. 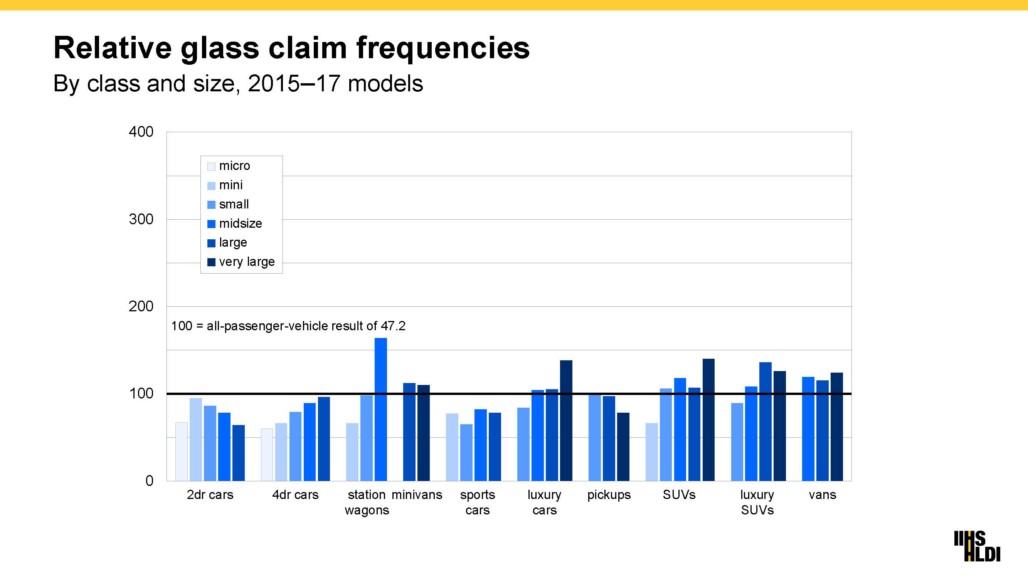 This newest research focused on glass losses for select Subaru and Honda models, and takes advanced systems, and the need for calibration, into account.

“With Subaru, we compared glass losses to Subaru systems [2013-2017 Subaru Legacy and Outback] that have the EyeSight system to those who don’t,” said Wakeman. “We found that vehicles with EyeSight had a 3% increase in glass claims frequency, 16% increase in claim severity and 20% increase in overall losses.” Additionally, comprehensive glass claims for these models were 68.2% and 13.3% dollars by loss type.

“We think the increase in EyeSight in severity is likely due to fact that calibration has to be performed because the cost of the windshields was the same,” said Wakeman. 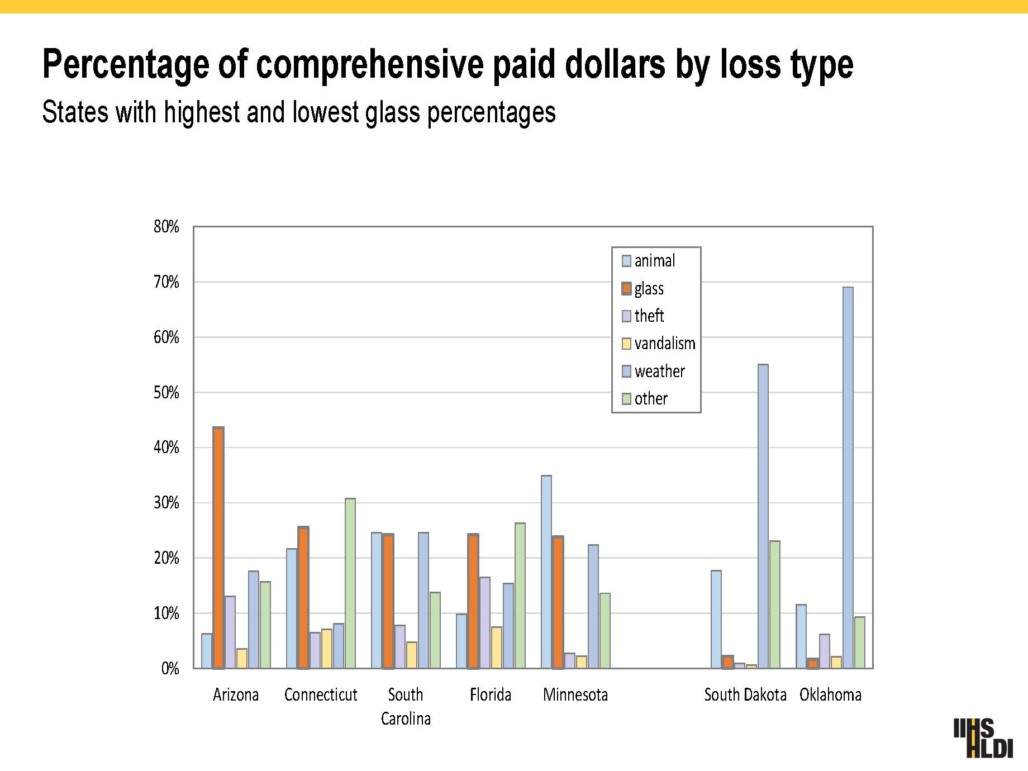 Wakeman explained a possible reason the increase for the two-door model was so much higher than the four-door.

She added these are the first two vehicle models that study the impact of a camera system in glass losses. She also explained this data comes from the vehicle identification number (VIN) which shows if a model has a camera or not.

“We don’t need data from the manufacturer so that is how we were able to look at these,” she said. “And these are popular high selling vehicles so we have the data ….,” said Wakeman. “So the camera and the calibration can be a contributor. I don’t know if it can explain all of it but it can be a contributor.” 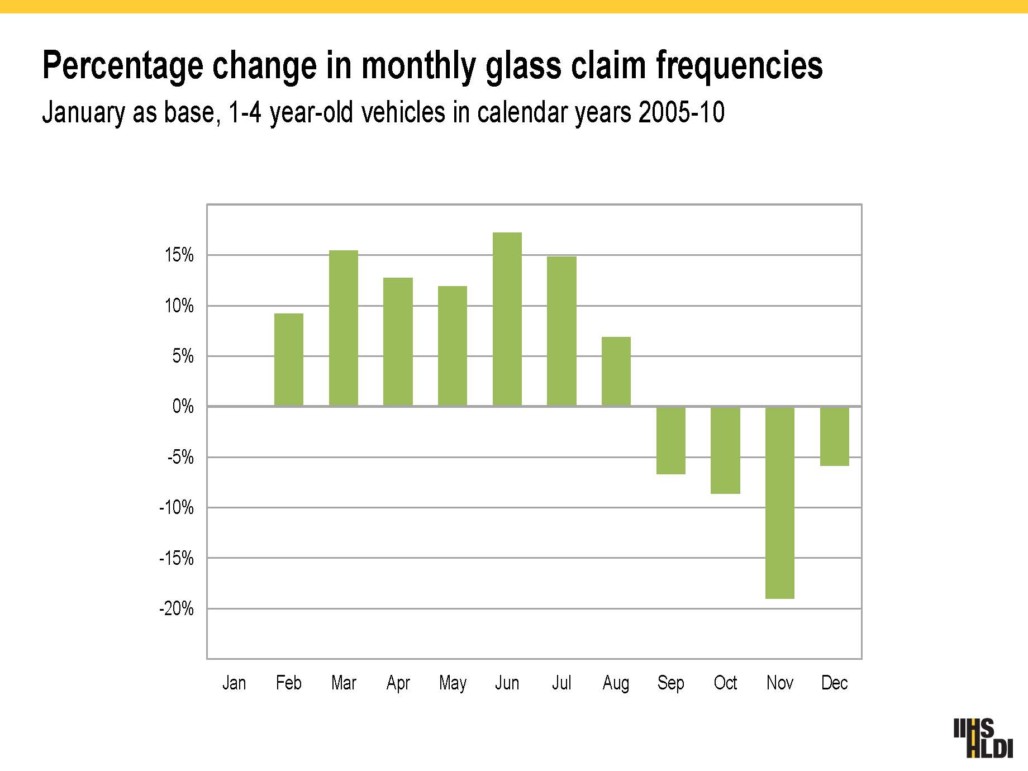 The study also looked at moonroofs in the Subaru and Honda models. For the former, there was a 5% increase in glass claims frequency, no change in severity and a 6 % increase in overall losses. The data for the Honda models was very similar.

“We found that the claims frequency increases a little but not when it comes to claim severity as it’s relatively easy to do a moonroof repair,” she said. “There is more glass but not much change.”