When it comes to the latest developments driving the future of glass manufacturing, Glass Performance Days (GPD), which takes place biennially in Tampere, Finland, is the place to be. Around 1,000 participants representing a wide range of the architectural glass industry, took part in this year’s event, which took place June 25-28. The opening ceremonies included a dynamic keynote presentation from Mike Pilliod, director of manufacturing innovation with Tesla. Pilliod talked about the company’s focus on innovation and technology development, particularly to its use of glass in vehicles. 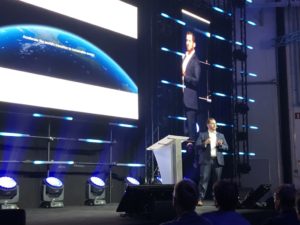 “Glass has been a part of every project we’ve launched,” he said. “We always talk about the glass … glass is an enabler for the design.”

Pilliod said when they begin a new project they always start with the design first and what we want to achieve. He said innovation isn’t necessarily easy by definition, and also stressed the importance of investing in technology.

When it comes to innovation and development for the Tesla glass team, Pilliod said their job is to say “yes” first and then “and.” As in, “yes, we can do that and we should do this …”
Speaking of innovation on the vehicle side, he said one goal was to go larger. He said Tesla doesn’t necessarily create concept cars, and that failure for them, is part of the product development.

“Our job as innovators is to take a product from the concept sketch to building the model.”
One example he gave was the company’s Model X windshield, which he described as the team’s baby. 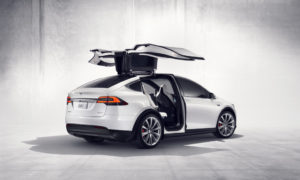 “It has an amazing amount of innovation that looks simple,” he said. Adding that there were tons of tries to get every detail, including the glass tint, just right.

The windshield of the Model X provides a panoramic view, as it stretches up and over the two front seats, allowing passengers to experience an open and modern feel with an expansive view ahead.

Projects like these, he said, all come down to three things “Failure, product development, trial and error … we love to fail, but fail the right way.”