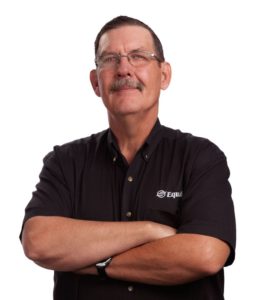 “Bill has been an extremely valued member of the Equalizer team since the very beginning of our company in 1988. Everyone at Equalizer will miss Bill’s boundless positive attitude, his thoughtfulness, humor and dedication that he chose to live his life by. Bill always considered everyone at Equalizer as his family and we all feel the same of him,” a portion of the company’s post reads.

Porter is survived by his daughter Nicole Torres, son-in-law Dylan, and granddaughter, Leelona.

According to the company, military service arrangements are being made, and it will post information on the service when the details are finalized.

In lieu of flowers, his family is asking those who wish to contribute to consider making a donation to the Wounded Warrior Project in Porter’s remembrance.

“Bill always took great pride in the fact that he was the first employee hired at the very start of Equalizer’s exciting journey. Bill has been a valuable and integral part of Equalizer’s foundation and he will be long remembered as a primary contributor to our success. We will all miss him more than words can ever describe,” said Asbery.