“It happened so quickly, and now we’re just trying to regroup,” said Matt Anderson, Novus Glass Spokane Valley, Wash. owner, of a cyber incident that robbed his employees of their paychecks.

The incident, that happened earlier this month, to one Novus Glass franchise, involved an “unexplained shutdown” that caused payroll issues.

“At first we weren’t aware of any criminal activity that was going on with the company,” said Anderson, of the third party payroll processor his company used. “But when our employees started having issues with their money being withdrawn from their accounts, we reached out to them to help solve the issue,” said Anderson.

The third party company also didn’t inform him of any alleged fraudulent activity when he was in contact with their representatives, which Anderson says made it more difficult. He mentioned the withdrawal issues happened twice to his employees before further action was taken.

“When it happened a second time we realized it was a lot more serious than we originally thought. We saw our employees immediately being affected and we had to step in further,” said Anderson. 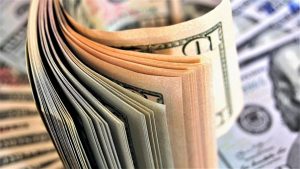 “We paid all of our employees all of the money that had been taken and even gave them time off to go to their banks to secure their accounts to prevent it from going further. We have a really good group of employees and the choice to do that for them wasn’t hard at all – we wanted to help make them whole,” said Anderson.

In the meantime, the payroll provider website has shut down and the company has not been returning phone calls. Anderson said his company stopped using the third party following the second withdrawal discrepancy and has been using another source locally for its payroll needs.

“Since everything has happened we’ve had another payroll cycle, fortunately for us our local accountant has been running our payroll for us. And for the first time in a long time we’ve had to issue paper checks to our employees,” said Anderson.

Currently there are a lot of questions still unanswered, according to Anderson, as he explained most of the information he learned about the fraudulent actions were from social media.

“I think within the first 24 hours just over a thousand people reacted to the story and several other businesses came forward and said they had also been affected by the third party company. Since then more information has been brought forward and about 4,000 people nationwide have been impacted by this company’s actions,” said Anderson.

When asked about a resolution Anderson said, “right now we still have some tax liabilities tied with the third party company, and it’ll be a little while before we start looking for another company to go through for our payroll needs.”