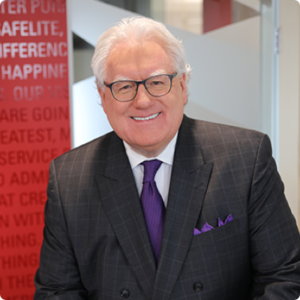 Safelite CEO and president, Tom Feeney, spoke with AGRR/glassBYTEs.com’s Deb Levy late last week about a variety of topics including the company’s recent TruRoad acquisition. Feeney also said there was absolutely no truth to the rumors of a possible acquisition of Glass America.

“We are not in discussions at this time…but if Eddie is reading this, we would love to talk with him if there is interest” he said, referring to Glass America CEO, Eddie Cheskis.

Q—Safelite’s made a lot of acquisitions over the past few years, yet you seem particularly pleased with this one. It surprised some people because JN Phillips services a lot of the same geographic area as Giant Glass. Why the overlap?

A—JN Phillips is a good acquisition. It has quality people and an excellent infrastructure and store footprint. It’s in Massachusetts, a state that is unique in how it operates in the insurance space. We acquired Giant, of course, and that brought the Fenway connection with it (Note: Giant Glass had a long–time marketing agreement with the Boston Red Sox, which Safelite now holds). The jewel of the TruRoad acquisition is JN Phillips, Strategic Claims and TechnaGlass. Having Harmon, Windshield Centers, and the others is a bonus. JN and Strategic Claims have long-term deep insurance relationships with carriers in Massachusetts. Because of those strong relationships, along with the enhanced footprint and increased number of technicians, we can serve many more customers and provide value to our insurance customers and their policyholders.

Q—There’s been a lot of speculation about the efficacy of integrating both JN and TechnaGlass into Safelite’s systems and culture. In particular, they point to JN as a third-generation, legacy company that functioned as an intense competitor for so long. How are you going to make that work?

A—It’s been a little bumpy. TruRoad would not permit us to talk to anyone until the deal closed. Usually we start talking to key leaders in advance of closing, but in this case, we had to close and then quickly inform leaders, associates, and clients about what this means to them. We are starting to make a smooth transition now that the deal has closed. The integration at TruRoad will start following the completion of the current discovery/planning phase. Speed is an asset in any integration, and we intend to communicate to all associates along the way to keep them informed. We are looking to key people and influencers at each company to assist in our communications. The team at TruRoad is exactly as we expected them to be: highly professional and eager for their people to be taken care of.

Q— One of the other things that was unusual about this acquisition was that it was a stock purchase. Safelite usually does asset purchases. Why not this time?

A—It was all part of the negotiation process and it was how the private equity owners of TruRoad wanted it done. We weren’t concerned about it. We knew they were a good company and that none of the issues you worry about with a stock purchase would be a problem.

Q—That was quite a fast turn, even for private equity…

A—They turned it in less than three years—the fact that they were able to do that was a combination of the right timings—theirs and ours.

Q—There’s been some surprise that you were able to get FTC (Federal Trade Commission) approval for the acquisition. When the number one company in an industry acquires the number two company that usually attracts regulatory attention. What did you focus on in your filings—number of companies in the industry vs. market share, North American geographical area rather than share by segments such as insurance and consumer?

A—I let our legal counsel handle those details and found no real concerns. The TruRoad companies were less than five percent of our volume, so it didn’t concern me. We focused more on how this acquisition will allow us to better service customers and I do think the customers will benefit from the combination of our two companies. The vehicle glass industry is still highly fragmented with thousands and thousands of well-operated businesses to serve customers too.

Q—How will you know if the integration has been successful?

A—We measure success by customer, client, associate, and sales retention. We focus on what will be better for them. Many times, associates get a better benefit program from Safelite than they had. Our strength with ADAS technology will be another overall benefit for our associates and customers. We can do a lot that other company owners don’t want to take the risk to do.

Q—You have made quite a number of acquisitions this year and when I asked you “who’s left?” you said there are lots of qualified candidates out there. I am sure you have heard the rumors about your next acquisition. Why do you think so many savvy operators are selling now?

A—For business owners who are looking to monetize their retirement, it’s a great opportunity. But all companies are not created equal and we take that into consideration.

A—Yes, the brand names will be changed to Safelite. Each of the brands associated with TruRoad will be evaluated on a brand-by-brand basis to determine the when and how. We do some analysis to figure out which brand works better. How top of mind is it to a customer, whether there is advertising, the level of customer brand affinity, etc. We must be thoughtful and careful about JN and TechnaGlass. We’ve not made a decision on the timing yet. Strategic Claims will be integrated into Safelite Solutions. That’s the piece we will go the slowest with, because of the clients. It could take a few years, depending on the clients’ ability to integrate.

Q—Has anything surprised you about this acquisition?

A—Not too much, though we have been surprised by a few things. We’ve spent a lot of time communicating with the associates and clients and giving them a chance to talk with us about things on their mind. Again, excellent communication is one of the keys to a successful integration.

Q—I heard you were very surprised Bob Rosenfield decided not to stay.

A—We were very surprised Bob didn’t stick around. We met with him prior to the close. We had some long discussions and he decided that it wasn’t what he wanted to do. That was a surprise and we only had a short time to react. This was Monday afternoon of the close. I talked to him and I said “Bob, we really want you to stay. I want you to stay at least 90 days.” And he said “Tom, I have given it a great deal of thought. I am going to move on.” This was a big surprise and brought with it some unexpected risks. I told him that my immediate concern was his direct reports and the TruRoad team. I said “Bob, I want you to tell them that you are choosing to leave and I want you to say it to them with me there. Then I want you to shoot a video to explain this to all your employees and let them know we are honoring your request.” So that’s what we did. Bob did an excellent job communicating the reasons for his decision.

Q—I imagine at this point in your career there are not too many times when you are faced with something like this you didn’t expect. What made you decide to handle it that way so quickly?

A—It was huge. I thought Bob would stay and I had hoped he might for several years. Troy Mason has been great, traveling the country to check in with all his employees and explaining how things will work. He has helped our new TechnaGlass associates get excited for their future.

Q—Just a few more questions beyond the acquisition. I am sure you have seen the reports that private car ownership is going to plummet in the next decade. How are you positioning Safelite to account for this shift?

A—It’s on our radar but I believe we have the ability to protect the future. Safelite is in position to take advantage of any paradigm shift because of our relationships with fleets, OEs, etc. If you have built the right relationships and have a strong brand, you will be around long into the future to serve customers.

Q—Have you watched the movie “American Factory” about Fuyao’s plant in Dayton yet?

A—I watched it. I was surprised that they allowed the filmmakers unfettered access—that took some courage. And that access certainly revealed some controversial moments that came through in the film. But Fuyao has been a good partner to us, a very good partner, in fact. The cultural differences are what really came through. And some of those differences are big. I will be most curious to ask Chairman Cao about it when I see him. Though our cultures and philosophies may be different, I do realize he made a big bet and a huge financial investment on the plant and expected a huge return. He invested billions and wanted the results he expected. It has been a struggle, but he eventually got them. To me, the movie was a net neutral— I didn’t like or dislike it, but I did find it interesting. Fuyao remains a strategic partner of ours.

Q—My last question is about your plans. There’s a fair amount of speculation out there that you are getting ready to retire in a year or two. Is that speculation accurate?

A—I have no plans to retire. If and when I do, there are two people who will know and that’s my wife and [Belron CEO] Gary Lubner. I serve for as long as Gary wants me around and, he says he does, so I’ll be around. I still wake up every day and enjoy going to work and working with my team. I am tremendously proud of our people who wear our Safelite colors with pride. I don’t measure Safelite by its achievements or accomplishments, which are many. Rather, I measure Safelite by its potential, which is endless. I plan to be here to help lead Safelite toward achieving our vision of becoming the greatest, most trusted and admired service brand.