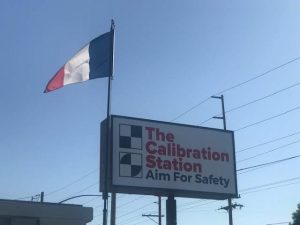 The Calibration Station is open and has already gotten positive feedback, as its primary focus is on recalibrations.  But this location in California is the first of many, according to Jacques Navant, Don’s Mobile Glass technical director.

“We’ve developed a specially set up environment so we’re paying close attention to the guidelines of the static or stationary recalibration process,” said Navant, who serves as technical director for both companies that are set up as separate entities.

Auto glass companies aren’t the only shops able to collaborate and work with the Calibration Station, as Navant mentioned the business has also welcomed and will assist local body shops in order to keep up with the growing demand for the service. 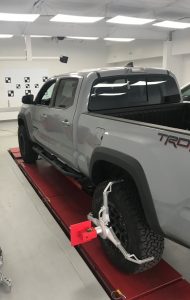 “The demand for it in our specific area has been quite overwhelming and sometimes we’re scheduling several days out. So we can’t wait to open up more locations,” Navant said.

For now Navant says the plan is to start in the area that they’re familiar with before the business can expand to cover more areas. This shop has been up and running since May, and has been going through a test period since then to see how it would be received.

“[During the test period] we’ve utilized multiple calibration systems, everything from OEM and just about everything in the aftermarket. We wanted to make sure we had a solution for just about any vehicle that could come our way,” Navant mentioned.

As a result of the testing period several have shown their support for the center and have noted the speed and accuracy within the service as a main benefit. 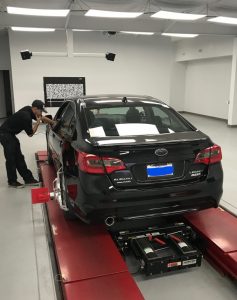 “The speed of service has been the main driver behind the calibration station’s success so far. I think a lot of the local shops and glass companies are new to the ADAS process after the repair and so they’ve been taking it to dealerships and there’s been a huge wait time. Sometimes they’ll lose the vehicle for three or four days which we try very hard to get them the vehicle back on the same day,” Navant mentioned.

He also noted that the company completes every recalibration quickly, accurately and safely while following OEM procedures and documenting every step. Customers can also come in for a tour of the shop to get first hand education on what will be done to their vehicles, of which Navant says is important for the industry.

“I think we’re kind of at a crossroads with auto glass and body shops, because like it or not, they’re going to be merged or somewhat married together for the unforeseeable future. This is because you can’t just calibrate a windshield anymore, as you have to check the rest of the ADAS features to provide an accurate and safe recalibration,” Navant said.

This entry was posted in glassBYTEs Original Story and tagged The Calibration Station. Bookmark the permalink.