Auto Glass Trailblazer Passes Away at 69 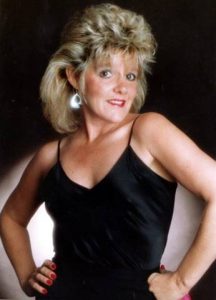 She was courageous, determined, never gave up hope, and fought to the bitter end, according to Dignity Memorial.

Scharaga Van Doren was a graduate of Arizona State University and taught educationally handicapped high school students. She won awards for being an outstanding teacher and for public speaking. After spending a few years teaching, she became an integral part of her family’s business, All Star Glass Company, according to Dignity Memorial.

“When the company began in 1977, it was uncommon for a woman to be so involved in the auto glass industry, so Jan is considered one of the trailblazers,” said Michele Linhardt, All Star Glass vice president controller. “We all greatly appreciate the role Jan played in our business and in our industry. She was a true All Star.”

Her father, Sam, preceded Scharaga Van Doren in death. According to Dignity Memorial, she was survived by her: mother Hermeen, brother Bob, sister-in-law Shell, nephew Brandon, and cousins Steve, Dennis and Gary.

Industry members who would like to make a donation in her memory may donate to UCSD Moores Rare Cancer Center.