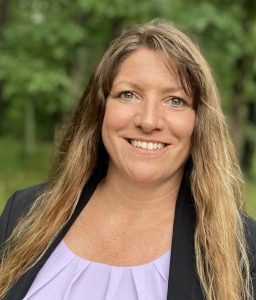 The Collision Industry Electronic Commerce Association (CIECA) recently announced that Paulette Reed was named as the organization’s new business analyst/technical project manager. This became effective on July 20, 2020. In her new role, Reed will be responsible for coordinating and managing CIECA’s committee meetings and activities as well as the CIECA Standards for the collision repair industry, according to the association.

Reed replaced Charley Quirt, the company’s former technical project coordinator, who will be retiring soon. Quirt has assisted CIECA for more than 18 years.

“CIECA provides standardization and unity among all areas of the collision industry and I’m excited to work with the different segments and be an advocate for greater standards use and development,” said Reed.

For the past 25 years, Reed was a member of the ARMS® technical team at Enterprise Rent-A-Car. Reed began her career at Enterprise Rent-A-CAR as an RPG (Report Program Generator) software engineer where she worked on several EDI (Electronic Data Exchange) projects. She later moved to the roles of business analyst and software analyst where she created functional specs and estimates for her internal team and customers.

“Paulette is a great addition to the CIECA team,” said Kim DeVallance Caron, CIECA chairwoman and global product development, enterprise holdings director. “Her industry knowledge and technical background will allow her to maintain the current CIECA Standards as well as advance the standards in the ever changing collision space.”