What It Takes to Be a First Place Winner—Twice 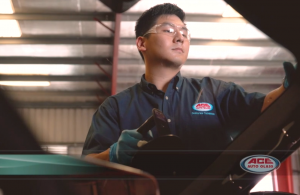 “Like with any business, there are times where things may not go right,” Tamaye says, “If there is a complaint or a comeback, I’ve always told my staff, that takes priority one.”

The reason Tamaye says he has this policy is because those customers have already placed their trust in the company to get the job done, and making sure they are satisfied takes precedence over any new jobs. He says taking care of concerns right away, whether it was actually your fault or not, is the best advice he can give for boosting a company’s reputation and building trust. 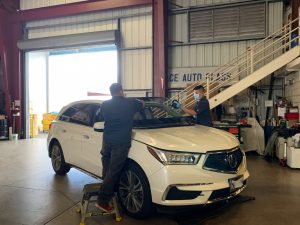 “Some businesses will think, ‘Oh, I’ve got this comeback call, I’ll just call them back tomorrow,’ and they push it off or just forget about it,” Tamaye says, “I think that’s just the worst thing you could do.”

Tamaye will even go the extra mile by personally driving out to the customer with the complaint so that it is more convenient for them. Although the Ace team makes an effort to never have a mistake, Tamaye says it’s inevitable and the way that they handle it has a lot to do with the trust and loyalty they have built up among their customers.

Another factor that Tamaye says he believes that led to them receiving these awards is their physical locations in several different areas. They have nine locations on the Hawaii Islands and on Guam. After nearly 50 years of providing services to their community, he says they have several loyal customers, some even generational. Tamaye is a second-generation owner of the Honolulu-based AGRR company which was started by his parents in 1975. He says he has been doing this type of work for basically his whole life. 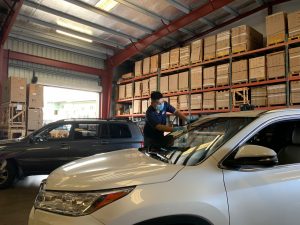 Tamaye says he and his whole team take pride in doing the job well to make the family name proud, noting that the dedicated employees are crucial to the reputation they have built in the community that earned them these awards.

Ace was the first place winner in the auto glass repair section of the Star Advertiser’s 2020 Hawaii’s Best award beating other finalists including the Honolulu branch of the country’s largest auto glass retailer. This is Ace’s second year winning first place for this award. It also received the local news channel, KITV’s first place award for best auto glass company in Hawaii in 2020. Both are people’s choice awards. 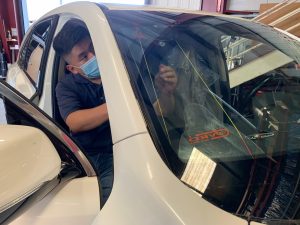 Even with the challenges of being on an island making it difficult to get the necessary parts in a timely manner, Tamaye says his dedicated team has managed to maintain a level of excellence in their work by keeping on top of inventory to compensate for these challenges. He believes these awards are just a confirmation of their hard work and trust from their community.

“If we stay on our current path, we should do well,” Tamaye says.