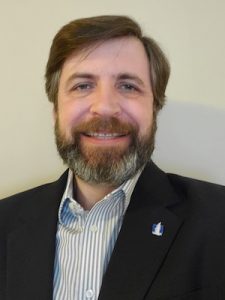 The Collision Industry Electronic Commerce Association (CIECA) recently announced that Russ Sims, Nationwide property and casualty claims senior business consultant, has joined its board of trustees, effective immediately. In his new role, Sims will support CIECA’s mission to develop and promote electronic data integration standards that allow all segments of the collision industry to be more efficient, according to the association. Sims has also served on CIECA’s subrogation committee.

“We welcome Russ to CIECA’s board of trustees,” said Paul Barry, CIECA executive director. “With his extensive background in claims handling and technology, he will be a valuable addition to the board.”

Sims joined Nationwide in 1994 as a multi-line claims associate, primarily handling auto calls. Four years later, he worked in Nationwide’s new centralized unit that was set up to manage the relationships with repair facilities the company had chosen to partner with as direct repair shops (DRPs). The shops would send digital estimates and photos that he could review without having to physically see the vehicle. Shops received assignments via fax, and negotiations were done over the phone.

Over time, Sims said that these functions and others were incorporated into the estimating software. “It was clear the changes being introduced by technology were going to continue to transform the industry,” he said. “Although much has changed over the last 25 years, it is the beginning of the changes yet to come.”

In 2009, Sims moved from handling claims into claims technology. In his current position, Sims helps ensure the technology being used keeps pace with the needs of customers and associates.