What You Need to Know Before You Compete

“My first time being at Auto Glass Week was awesome and it completely blew me away,” said Macenzie Curbow of Novus Auto Glass, during an online session. 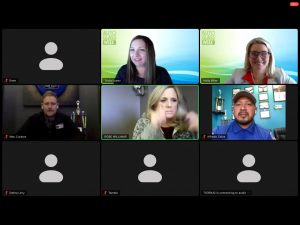 During the event attendees could log on virtually to learn about what it takes to be a competitor for the upcoming live show in being held June 7-9 in Orlando, Fla. Biller asked the panel of competition winners’ questions on everything from preparation to what tools they bring.

Preparation is key to success and each champion revealed how they prepare a few month prior to taking the stage at Auto Glass Week. Calva says he does something interesting to prepare.

“When I have time, I ask my customers if I can practice for an auto glass competition on their car,” said Calva. “So once a week I have one customer where I take my time and go over the entire procedure and follow the AGRSS Standard while also answering any questions that the customers might have.”

Williams said she takes notes of anything she thinks can be constructive. “I basically just answer the phones and keep doing what I’ve been doing to get prepared,” she said.

“I’m kind of scatter brained when it comes to that sort of stuff, so a lot of what I do is business as usual going all the way through it,” Curbow explained.

According to Curbow, he spends the majority of his time enjoying the installation process. He said he tries not to change his methods because installing is second nature to him. “It’s been a little different now, with all of the COVID stuff because customers aren’t as interactive now, but other than that I just do what I do every single day with just tightening up,” Curbow explained.

Curbow first competed in 2019 and he said that everything was a surprise, as he had not been to an Auto Glass Week prior. “I really didn’t have a visual to go into and I’m a visual person so I got a lot of information once I got there,” said Curbow. “Everything was new and the most surprising thing to me was how close the judges get without me realizing that they were there, it was a very intense process.”

He also recalled not expecting the level of competition, and mentioned that it’s easy for competitors to feel like athletes. On the other hand, Williams said she felt pressure during her first time competing.

“I was shocked because I’ve been doing this for 40 years, and there were other people who love what they do as much as I do,” she explained. “I went in there and enjoyed it – I love selling auto glass. So that was fun and I think that’s probably what I took away from it the most.”

But for Calva new tools reign supreme. “It’s always new tools that come out and you think you have the newest ones until you see what others have when they’re competing next to you and see what the vendors have,” he said.

Biller asked the panel if they had reached out or had contacted anyone in the industry for help prior to competing, and Williams and Calva had the same response … no.

“The first time there really wasn’t anyone to reach out to because it was a new competition,” said Williams. “I did reach out to our installers to go over different things and I studied for this, including the night before.”

Although Calva may not have reached out to previous competitors he did reach out to his urethane representative, who he said he has learned a lot from. “I reached out to a few people to learn what to expect because I didn’t know,” explained Curbow. “I don’t even know what other technicians are in my area because I’ve been at one spot for my whole life. That was beneficial because I like to be as aware as possible.”

Since competing and winning, all of the panelists shared the impact it had on their businesses. Williams said she felt inspired. “I came back more positive and excited, we learned so much,” she said. “It made me excited to come back and do it all over again.”

“It inspires you to be better, even those who go and don’t compete should leave inspired to bring new insights to your company,” said Curbow. “We have this wealth of knowledge in this industry and we only scratch the surface and this event allows you to learn more to set your store apart from your competitors down the street.”

Are you thinking of showing off your skills in June 2021? If so share how you’ll prepare below.