Maryland’s Senate Judicial Proceedings Committee meeting had an in-depth auto glass discussion as several industry members weighed in on SB 445, which would require those installing auto glass in the state to follow the AGRSS Standard. A similar bill, HB 519, was discussed in last week’s Maryland House Environment and Transportation Committee meeting. 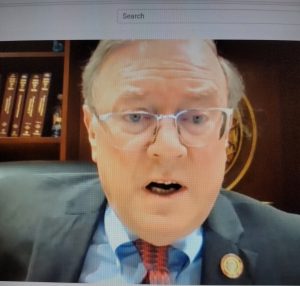 “For many years the state has required the owner of a registered Maryland motor vehicle to replace any broken glass, and of course the windshield, with safety glass,” said Senator Chris West. “Until this point the term safety glass has been defined in Maryland law as any glass product that is so made or treated as to substantially prevent the glass from shattering and flying when struck or broken. This definition is rather broad and this bill requires the administration to adopt regulations establishing defined standards for aftermarket safety glass replacement and at least meet the automotive glass replacement safety standard established by the Auto Glass Safety Council (AGSC).”

AGSC member Patrick Heflin, regional manager for Glass America, spoke in support of the bill. He highlighted how the AGRSS standard evolves with changing technology. He also informed committee members about the very small camera, usually mounted in the center of the windshield, which works in tandem with the car’s computer to keep the Advanced Driver Assistance Systems (ADAS), working properly and how sudden changes, like cleaning the camera’s lens can impact a vehicle’s safety.

“This is an important safety issue, as having the camera position off even a minuscule amount can impact its operation.”

According to Heflin, it becomes difficult for the industry when certain companies and technicians choose not to follow the standard because it is not an official law. “When some technicians say, ‘We don’t touch the camera, so it doesn’t need to be recalibrated’, they are jeopardizing their customer’s safety,” added Heflin.

AGSC president Debra Levy also testified in favor of the bill, saying that AGRSS is updated and evaluated as new technology becomes available. “AGSC is open to everyone who is concerned with auto glass safety. Federal agencies, such as the National Highway Traffic Safety Administration (NHTSA) do not regulate the installation of glass in the aftermarket; this falls to the states,” said Levy. “The passage of this law would allow consumers to have a pathway, as they would be able to be referred to the appropriate consumer agency in the state and we would be able to let everyone know that there is a law that they must follow the standard.”

Bryson Popham, a lobbyist for Safelite, also spoke and recommended legislators consider an amendment to the bill that would require changing some of the verbiage. 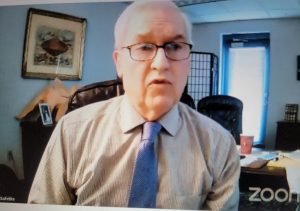 “This bill is going to affect the safety of any person in the state who drives or rides in a motor vehicle. Why – in a word technology,” Popham said. “Windshields today have many different sensors and cameras and if they are not installed properly then serious accidents and bodily injury can occur. I recommended a summer study in the House and I want to touch on a few adjustments.”

Look to a future edition of glassBYTEs for continuing coverage of this legislation.