A woman came into Auto Glass Experts on Saturday, June 19, crying. She said someone had thrown an object through the back window of her Nissan Sentra, smashing the backlite, and glass had gotten on her and her dog.

After the backlite of a Montreal woman’s car was smashed in by an unknown object, she came to Auto Glass Experts in Montreal for replacement.

“A tornado hit not too far from here,” says John Zotts, CEO of Auto Glass Experts in Montreal, Quebec, remembering the day because the shop was without electricity for several hours as a result.

Zotts says that his company “on good faith” provided services for five customers during that blackout and took customer information, including driver’s licenses and credit card numbers to process transactions when power resumed.

All the credit cards that were processed the following Monday went through—except for the one from the crying woman.

Card fraud has happened before with customers, Zotts says.

“In all my years, I can’t believe this happened to me,” he says of the customer, who refused to pay for his company’s services after the blackout.

Zotts says that after the customer’s backlite was replaced and she realized the company could not process her card payment that day, she insisted she would drive to the bank, get cash, and return with the payment. 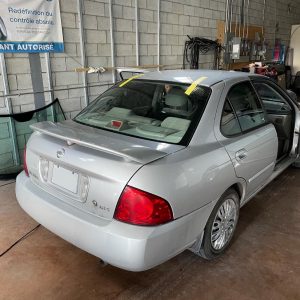 Auto Glass Experts completed the job (above) easily but getting paid was another matter.

Before anyone could stop her, Zotts says she drove out of the shop and did not return. He says he was going to lend her a car to drive to the bank to get cash if that was how she wanted to pay for services, but she was gone before he could make the offer.

When he could not reach her after 4 p.m. on that Saturday afternoon, Zotts decided to wait until Monday to run credit card numbers for all five customers.

Zotts says he called her two or three times, and she did not respond. He even texted her in French and still received no response.

Zotts says he asked the credit card company: “Can we force the payment through?” He was told he must ask his credit card processing service.

On Wednesday, Zotts says he again attempted to call the customer’s credit card company and his credit card processing service. He was on the phone for more than five hours as the two companies disagreed about how to handle the situation.

The customer, who lives in Montreal, had reported her credit card stolen. If she would have just come in, and said that she could not pay for the backlite, Zotts says he would have been agreeable to finding another way for her to pay.

Auto Glass Experts has been in business since 2006. All its customer contracts, one of which the customer had signed, state that the company owns the glass until payment is made by the customer.

The customer owed the company $458.75, according to Zotts.

With still no resolution to the situation on June 23, and with the police unable to assist, Zotts took matters into his own hands.

Zotts thinks she intentionally parked several blocks from her home because there were plenty of parking spots closer to her home. Zotts then proceeded to remove the new backlite from the customer’s vehicle.

“I do a lot of pro bono work. If she just would have said to me ‘I don’t have the money,’” Zotts says he would have helped her.

Zotts says he believes the customer’s intentions with the situation “were to literally ‘screw me over.’”

There is a postscript to the story however. After Zotts removed the backlite, he says the customer called him. She told him he was “evil.”

This entry was posted in glassBYTEs Original Story and tagged Autoglass. Bookmark the permalink.