“Which office do I go to [to] get my reputation back?”

First uttered by former Labor Secretary Raymond J. Donovan upon the dropping of larceny charges against him in 1987, those words ring true to Mike Boyle of Bend, Oregon. 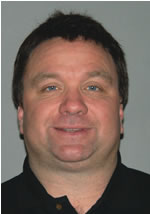 Boyle is well known in the auto glass industry. A former employer, a windshield repair supplier, alleged patent infringement and filed suit against him, in 2012. The employer dropped the suit in 2017 citing Boyle’s financial issues as the reason. During that time, Boyle founded and sold another windshield repair supplier, also based in Bend, Oregon.

Boyle then opened Hop in the Spa in Sisters, Oregon. It was billed as the country’s first beer spa, which offers customers a soak in a tub of beer, along with dinner and a movie.

However, legal trouble found Boyle again in June 2021, when a woman who was a customer in the beer spa accused Boyle of assault.

Boyle had allegedly been giving massages in his place of business without a legal license to do so. He was arrested on three counts of practicing massage without a license, one count of sex abuse, and one count of harassment. According to Oregon law, third-degree sex abuse is considered a Class A misdemeanor.

After an investigation which ended in late July, the Deschutes County Sheriff’s Office declined to file charges. citing insufficient evidence.. However, the Oregon State Board of Massage Therapy is expected to conduct an investigation into Boyle allegedly practicing massage without a license.

Boyle says he is considering legal action against the state of Oregon, Deschutes County and the district attorney.

Boyle says he wants 14 electronic items that the sheriff’s office seized as evidence, via a search warrant, returned to him. The items include phones and flash drives.

His Fourth Amendment rights were violated, Boyle alleges, which is why he contacted the FBI about the case, he says.

“They found nothing. That’s why the district attorney didn’t move forward,” Boyle says.

He adds that in the state of Oregon, if you do not charge for or advertise for massage services you do not have to obtain a license to give massages.

Hop in the Spa does not offer massage services, according to Boyle.

Boyle says that if the Sheriff’s office had wanted to prove his business was charging for services that he did not have a license to offer, then financial records should have been seized during the search before charges were filed.

“I can prove perjury. I can prove they manufactured evidence,” Boyle says.

Boyle says that he will not be surprised if the county sheriff’s office comes after him again with new charges, because they are refusing to return evidence to him that was taken from his spa.