Heroes are among us. They served in times of war and in times of peace. They kept the nation safe from enemies, foreign and domestic, and upheld the values of the oaths they swore to the U.S. They are our U.S. military veterans and, after their service, they chose different career paths, including auto glass. Today we honor them for their service. 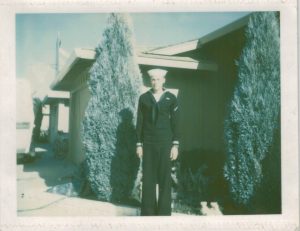 Jeff Wurst served in the U.S. Navy from 1973-1979 as a diesel mechanic. He owns and operates Crackmaster Windshield Repair in Redding, Calif.

Jeff Wurst: Not as Tough as Life

“The military was not as tough as life itself, but the military actually prepares you for life,” says Jeff Wurst, who served in the U.S. Navy from 1973 to 1979, when he got out as a Third Class Petty Officer.

Wurst says he wanted to go to Vietnam, but he turned 18 two weeks after the draft ended, “which was disappointing at the time but now I’m glad they didn’t send me to Vietnam.” Instead the Navy sent him to southern California, where he was a diesel mechanic. He worked on diesel vehicles, air conditioners and water pumps onboard ships and boats.

Wurst would have liked to fly helicopters in the military. He wanted to go to flight school after his military service but finding a job flying after the military was a challenge in the 1980s.

“I think I really would have rather have stayed in for the full 20 years,” Wurst says. Before Wurst got out of the Navy though, he divorced and acquired custody of his children. He wanted to raise his children.

“I kind of fell in between jobs,” Wurst says of getting into the auto glass industry. He was working in construction and was injured. Ironically, he had ordered a windshield repair kit a few months before. “So, I had been dabbling for a while.” Following his injury, he knew he could stand by a car and do windshield repair. “And it just turned into a full-time job.”

Wurst credits his experience working at Ultra Bond for his ability to succeed in repairing windshield damage that other technicians would not even consider. Not only does Wurst repair 24 to 30 inch cracks, but he also guarantees his work.

He opened Crackmaster Windshield Repair in Redding, Calif., in 1973. Wurst has a quote he lives by: “Those who say it can’t be done should say so quietly so as not to disturb those who are getting it done.”

Joe Demers enlisted in the U.S. Army after high school. His two older brothers had joined the U.S. Navy. He served in heavy artillery from 1982 to 1994, and received a certificate classifying him as a Cold War veteran. Ronald Reagan was president, the Berlin Wall came down in Germany, and the U.S. was at odds with the Soviet Union, but soldiers did not go to war on battlefields. “Back then it was like ‘be prepared,’ but we didn’t have to use it,” says Demers. 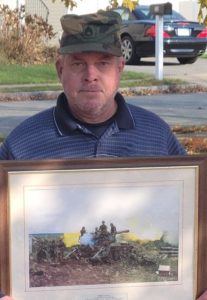 Joe Demers served in heavy artillery for the U.S. Army from 1982-1994. He owns and operates JD Glass Co. Inc. in New Bedford, Mass.

Demers says he wanted to serve a full 20 years in the military, but he had also gotten into auto glass repair. “I just couldn’t do both anymore,” he says.

He was working for a man who owned a company doing chip repair on windshields. The company owner had bought a repair kit and asked Demers to work for him repairing windshields. Demers repaired chips at car dealerships and truck rental businesses.

“We did a ton of repairs, and then it came to a point where we saw so many cracks we couldn’t repair,” Demers says. So they began providing windshield replacement also. 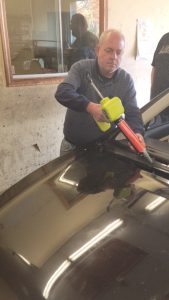 As he is about to celebrate 32 years in auto glass, Demers says that once you get in the industry, you do not want out. “It’s very interesting. It’s a living.” At age 57, Demers says he hopes to run JD Glass for another 10 years and a current employee is interested in taking over when he retires.

“I’d do it again tomorrow,” David DeWalt says of his military service. DeWalt served in the U.S. Air Force as a munitions expert from 1976 to1981, and spent much of that time in Southeast Asia. “I dealt with everything from conventional arms to missiles to nuclear war heads,” he says.

He left the service as a Sergeant when his foot was injured. On the frontline one day, while loading a cannon, a box of 20-mm ammunition for an F-4 slid off the cannon onto his foot, and it was crushed in 27 places. “I’ve been limping around ever since. I’ve not let it slow me down any,” DeWalt says.

DeWalt served when Jimmy Carter was president of the U.S., and he remembers the hostage crisis in Iran. After the Air Force, he went to school on the GI bill and picked up a job with an auto glass distributor. Within six months, he was a purchasing agent. He worked for LOF for 18 years and has been a rep for DuPont for the last 21 years. He serves nine states in the southeast of the U.S., as well as Puerto Rico.

DeWalt, who lives in Tellico Plains, Tenn., has been in the auto glass industry for 41 years. “It’s been the greatest ride of my life other than the military,” DeWalt says. He is excited about the changes ahead in the industry, which he says people cannot even imagine, especially what we will see with electric vehicles in the next 10 years. “It’s just going to blow their minds.”

Ron Watson: I Enjoyed My Time

Watson was an electronic technician and lived in northern Italy during his time with the Navy, performing maintenance on a computer system in a tunnel for the North Atlantic Treaty Organization (NATO).

He left as a Third Class Petty Officer and returned to his hometown of Cedar Falls, Iowa. Watson began installing windshields for an auto glass company in the spring of 1991, and, within a year, was promoted to branch manager of a store. Watson says that despite his work while in the Navy, he was never a big fan of electronics. “I’m more of a people person.”

Each interaction with a customer is unique, and Watson enjoys working with them. In 1999, he started Glass Tech after working for a second auto glass company. “I decided if he could do it, I could do it,” he says of starting his own business.

Next spring, Watson and his wife will celebrate 30 years of marriage by spending two weeks in Italy where he lived when he was with the Navy. “I enjoyed my time. I never went out to sea,” he says of his one regret of his military service. If he had gone out to sea perhaps he would have stayed in the military longer. “Otherwise, I had almost anybody’s dream job,” Watson says of working and, during his free time, traveling Europe.

“Both have been rewarding,” Watson says of his military service and working in the auto glass industry. “I enjoyed my time in the military, and auto glass has been very good to me.”