On June 30, Tom Feeney will retire from Safelite after a 35-year career with the auto glass company.

Feeny previously served as president and CEO for 14 years, and was credited for the company’s significant growth during that time. Feeney set the company’s vision “to be the greatest, most trusted and admired service brand,” according to a company statement. 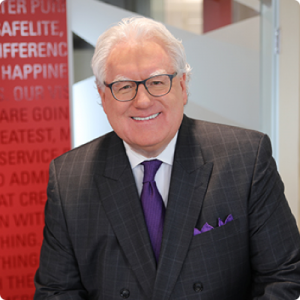 Tom Feeney, former president and CEO of Safelite, retires on June 30 after 35 years with the auto glass company.

In early December, Renee Cacchillo succeeded Feeney as president and CEO while he remained on as executive chair of Belron North America. “On a personal note, I want to thank Tom for his passionate leadership influence and am very grateful to have personally been inspired by him. I know I speak on behalf of all Safelite associates in congratulating Tom on his milestone achievements over the past several decades and in wishing him all the best the future holds,” Cacchillo says in a company statement.

“Tom has been an extraordinary leader in Safelite and Belron,” Belron CEO Gary Lubner says. “He turned Safelite into a people powered, customer driven business with a people-first philosophy that continues today. In addition to his leadership contributions, Tom’s enthusiasm, camaraderie, focus on performance and love for the generations of Safelite associates have made him one of the great U.S. corporate leaders.”

The company statement adds that Feeney was named chairperson emeritus in recognition of his longtime service and contributions to Safelite.