SIFA, Inc., owner of Atlas Auto Glass in Houston, Texas, recently took a former employee to court for allegedly using company resources to start his own competing business. The U.S. Bankruptcy Court of the Southern District of Texas awarded SIFA more than $210,000 in March 2021 after noting evidence of embezzlement, larceny, misrepresentation and fraud on behalf of the defendant.

According to court documents, Atlas Auto Glass and principal plaintiff Sina Sobhani hired defendant Nima Mir in 2010 after he came to the United States. Mir was promoted to shop manager in 2014, around which time he became “disenfranchised” with his employment with SIFA. The documentation notes that Mir terminated his employment with the company in 2016, but not before the damage was done. 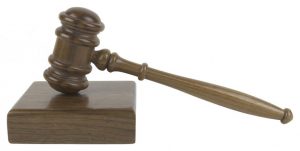 In total, the court awarded a non-dischargeable judgment of $210,220 to SIFA based on embezzlement, larceny, misrepresentation and fraud.

The court found the defendant stole from SIFA in multiple ways, including diverting cellphone calls and payments to his new company, Ryan Auto Glass.

“While payments and calls were diverted to the defendant, the expenses for such services were not being paid by Mir or Ryan Auto Glass, but were being paid and expensed by the plaintiff,” the court wrote. “The defendant was still employed and was actively using SIFA’s employees, supplies, and inventory to conduct his stolen jobs.”

Mir says he reimbursed SIFA for those expenses but the court found that the testimony was “not credible.” The court also found that the defendant sold SIFA inventory and supplies on eBay, as well as serviced vehicles at Atlas Auto Glass without paying, vehicles that he planned to privately sell.  Additionally, the court awarded damages with respect to the defendant’s personal charges to the plaintiff’s credit card.

However, the court declined to award damages relating to allegations of theft of cash. In fact, the court found the defendant, in destroying cash invoices and not depositing cash into the plaintiff’s bank account, operated in a pattern of conduct “condoned” by Sobhani and therefore SIFA. According to court documents, both parties engaged in theft from SIFA at different times.

“The control by Mir of the plaintiff’s business operations, the lack of reporting of cash transactions and the inadequacy of the plaintiff’s accounting makes any damage calculation for the theft of cash impossible,” the court wrote.

In total, the court awarded a non-dischargeable judgment of $210,220 to SIFA based on embezzlement, larceny, misrepresentation and fraud. The court found testimonies for both parties to be lacking to some extent, but found the plaintiff’s “more probable than the testimony of the defendant.”