The Inflation Reduction Act passed the House this past week becoming the country’s most ambitious energy and climate policy to date. While politicians tout the passage as a positive development, a number of organizations, including the Society of Collision Repair Specialists, have raised concerns. 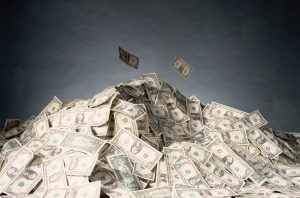 The pillar of the legislation is $375 billion over 10 years to promote consumers and industry to shift from carbon-emitting to cleaner forms of energy. The main climate change provisions include large investments in clean energy. This includes $369 billion for electric vehicles and clean energy tax breaks.

The legislation passed the Senate on August 7, 2022, and proceeded to pass the House by party-line vote (220-207) on August 12. President Joe Biden says he will sign the legislation into law. Once signed, it will be the most sweeping climate act to be passed in U.S. history.

The pillar of the legislation is $375 billion over 10 years to promote consumers and industry to shift from carbon-emitting to cleaner forms of energy. The main climate change provisions include large investments in clean energy. This includes $369 billion for electric vehicles and clean energy tax breaks. This will help establish clean energy as a cost-effective option for many Americans.

But the politicians’ excitement is not shared by all. In fact, the S Corporation Association penned a letter to Senate majority and minority leaders, as well as Pelosi, on behalf of more than 70 organizations. The letter claims the act does nothing to address the immediate issues negative economic growth and a shrinking small business sector, “even as it increases the burden of the tax code shouldered by America’s small and family-owned businesses.”

“The Biden Administration claims the savings in the IRA are ‘front-loaded’ and will reduce the deficit in the short-term, helping to ease inflationary pressures. That is simply not the case,” the letter continues. “Recent analysis by the Congressional Budget Office, Penn-Wharton, and others shows the Inflation Reduction Act would increase prices in the short term and do little to bring them down in the long run.”

The Inflation Reduction Act should help the U.S. reduce emissions by about 40% below 2005 levels by 2030, according to officials. This comes after President Biden set a goal of reducing greenhouse gas emissions in the country by at least 50% by the decade’s end.

The organizations note that they support addressing the tax gap and oppose illegal tax evasion, but cited former National Taxpayer Advocate Nina Olson in saying that it’s “wrong and counterproductive to characterize the entire tax gap as willful tax evasion. From experience, we know many, if not most, of these additional audits will be conducted on the owners of family businesses who have fully complied with the tax code.”

The organizations also take issue with the “Warner Amendment,” which they say saw the Senate choose Wall Street over Main Street. According to the letter, the amendment extends the Section 461(1) cap on losses a business owner is permitted to claim for two years.

“This $52 billion tax hike on pass-through businesses was adopted with almost no consideration, and the revenues it raises were used to offset the cost of exempting private equity investors from the 15% corporate minimum tax,” the letter reads. “The cap on active pass-through loss deductions is bad policy at any time, but is particularly harmful when the economy is weak and an increasing number of businesses are suffering losses.”