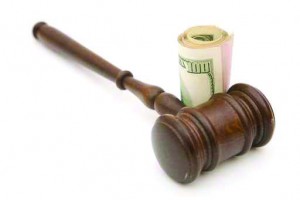 ACE American wants the two other insurance companies to contribute to defense costs it says totaled approximately $5 million as of August 2019, having already filed a motion for summary judgment.

According to court documents, ACE seeks $1.65 million from each defendant in relation to costs it incurred while defending mutual insureds Safelite Group Inc., Safelite Solutions LLC and Safelite Fulfillment Inc. in a 2015 lawsuit. The lawsuit by plaintiffs Richard Campfield and Ultra Bond Inc., alleged that Safelite engaged in false windshield replacement advertisements. ACE argues that some of the alleged offenses occurred during the policy periods of the two other insurers, and as such, they should contribute to defense costs.

Court documents state Ultra Bond developed a method of repairing windshield cracks exceeding 6 inches long.  Campfield said that  Safelite began advertising that all windshields must be replaced if they have a crack of 6 inches or more, according to his amended complaint.

Defendants also argue that they aren’t liable to contribute to costs incurred prior to August 2019, the time at which they say they were notified of the litigation.

ACE American filed a motion in opposition of the defendant’s cross-motion for summary judgment, saying the arguments therein are “without merit.”

“Having fulfilled its defense obligation, ACE is now entitled to recover equitable contribution from Zurich and Discover, whose policies were also triggered by Campfield’s allegations …,” ACE argues.

Zurich and Discover now have until Aug. 31 to file replies in support of their cross-motion for summary judgment.