Wind speeds of more than 150 mph were recorded when the eye of Hurricane Ian made landfall in Florida on Wednesday, Sept. 28. With the category 4 hurricane forecast to move into the central part of the state on Thursday, Sept. 29, auto glass repair and replacement operations are doing what they can to prepare for and weather the storm. 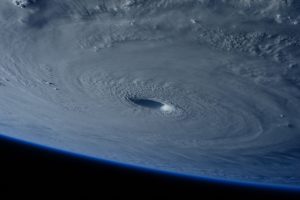 Linda Rollinson, owner of Superior Auto Glass in Tampa Bay, is approximately 150 miles outside of Ian’s path. Rollinson says the area has been lucky aside from some flooding, high winds and messy yards. But she knows of some friends and colleagues who may not have been so lucky.

“It’s going to be months before they can even get functioning to anything close to normal,” he says of impacted areas. “It won’t even be normal. It’ll probably be a year before they completely recover from this.”

Lee County Sheriff Carmine Marceno told Good Morning America that while no confirmed numbers are available, “I definitely know that fatalities are in the hundreds.”

“There are thousands of people that are waiting to be rescued, and again, we cannot give a true assessment until we’re actually on scene assessing each scene and we can’t access people, that’s the problem,” he says. “We’re accessing the bridges, we’re seeing what’s compromised and what’s not. And this will be a life-changing event for the men and women who are responding.”

One of the main roads at Fort Myers Beach, Padula says, didn’t even appear as such this morning. Sand and debris cover the eight-mile stretch of road, with only the roadside utility poles indicating that a street is present.

“We’re done,” Padula says. “I don’t anticipate us going back to work until maybe Monday. The problem is supply. We’re just kind of waiting right now on what the suppliers are going to do, which will dictate what we’re going to do. Even with that, I don’t know if people will even have the ability to get anything repaired with waiting on insurance companies, etc.”

Padula has been in Florida since 2004. He learned early on of the importance of preparing for hurricane season. So severe are the conditions that a curfew is currently in effect for not only Fort Myers but also unincorporated Lee County.

“June 1 is the start of hurricane season and you have to prepare,” he says. “You prepare your business, you prepare your home. I have generators at the shop and at home. If I were able to get stock, I could open now. I’m waiting it out and I’m waiting on our first responders, who are doing an awesome job getting things to a point where people can move about. Once that happens, we’ll be back, going full-tilt.”

While A+ Auto Glass is dealing with the supply issue, area residents still have an avenue for relief. A+  keeps “a lot of crash wrap on hand,” and is offering to perform that service at no charge.

“Pray for everybody that’s been impacted,” Padula says. “That’s the best thing anybody can do for anyone right now.”