Apple has submitted a patent encompassing systems and techniques for sensing defects associated with windows and windshields, and for performing image processing based on the sensed defects. The system may even spot-clean windshields, and provide repair and replacement recommendations. 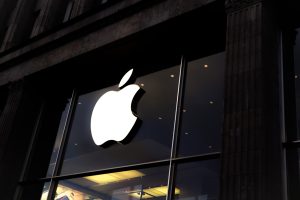 Photo by Laurenz Heymann on Unsplash.

Apple filed the patent in early September 2022, with the United States Patent & Trademark Office publishing the patent on Tuesday, Oct. 4.

Apple’s solution is to perform image processing based “at least partly” on data corresponding to the window defects.

“In some examples, the vehicle may include a window cleaning system configured to spot clean the window. For instance, the processor(s) may be configured to evaluate, based at least in part on the first data (obtained by imaging the window), one or more parameters that characterize the defects associated with the window to produce parameter evaluation data.”

Through that evaluation, processors may then activate a “spot clean” of one or more areas of the window. Processors may also be able to address repair and replacement status.