Auto Windscreens, a windshield repair and replacement company in the UK, reports that it has seen body glass claims halve since 2011.

“Body glass claims now make up a small percentage of our work,” says James Reynolds, Auto Windscreens’ commercial and sales director. “The good news for insurers is that these claims have been reducing year on year which is helping to reduce overall claims costs. When we do see these types of claims, two of the most common reasons are break-ins or vandalism, and unsurprisingly the majority are during November and December, when the clocks have gone back and days become shorter.” 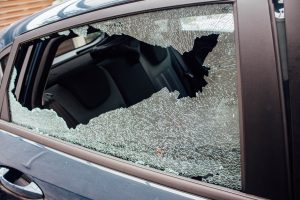 Auto Windscreens wrote in a news release that thefts from vehicles have become less frequent, according to crime figures from the Office for National Statistics (ONS). Comparing surveys completed in 2011 and 2022, the number of thefts from vehicles fell from more than 1.17 million to 728,000, respectively. A report from 2017 also found that vehicle-related thefts have decreased from almost half of incidents in March 2006 to 23% in March 2016.

Rather than car stereos, the report shows that thieves these days target exterior fittings such as hubcaps and wheel trims.

“The reduction in these claims is likely due to improved vehicle security, more in-built navigation systems and increased awareness among drivers to not leave any personal possessions in view of potential thieves.,” Reynolds says. “Interestingly, our data also mirrors the ONS stats, with the average proportion of break-ins decreasing by 17% this year compared to 2016-2019. This shows the cost of living crisis hasn’t resulted in a spike in vehicle offenses and whilst it’s too early to say it’s a trend, it is positive news for vehicle owners and insurers alike.”

This entry was posted in glassBYTEs Headlines and tagged Auto Windscreens. Bookmark the permalink.