In reporting its financial results for the third quarter of 2022, Driven Brands Holdings Inc., says it aims to open more than 30 additional stores in the paint, collision and glass segment before the end of the year.

Driven Brands entered the auto glass market at the beginning of 2022 with its acquisition of Auto Glass Now. The company acquired seven glass businesses throughout the first three quarters of 2022 and has 156 sites in total. By the end of 2022, Driven Brands aims to have 190 stores in the paint, collision and glass segment, 5% of which will be franchised. The company will operate the other 95%. 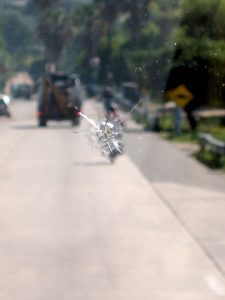 By the end of 2022, Driven Brands aims to have 190 stores in the paint, collision and glass segment, 5% of which will be franchised.

“The sales increase in paint, collision and glass segment was primarily due to same-store sales growth as well as net store growth from acquisitions,” Driven Brands writes. “The acquisition of seven glass businesses (which had 156 stores in aggregate), in the first nine months of 2022 and the acquisition of 10 Carstar franchise sites in the fourth quarter of 2021 generated $48 million and $7 million of sales for three months ended September 24, 2022, respectively.”

According to the company’s own performance indicators, its paint, collision and glass segment accounted for more than $781 million in system-wide sales from more than 1,800 stores during the third quarter of this year. That segment saw $113 million in revenue in the third quarter of 2022 and was the company’s third largest source of revenue behind maintenance, more than $200 million, and car washes, approximately $140 million.

“Paint, Collision & Glass revenue increased $143 million for the nine months ended September 24, 2022, as compared to the nine months ended September 25, 2021,” Driven Brands says. “Company-owned store revenue increased $124 million, of which $98 million was due to the glass acquisitions (156 sites) in the first nine months of 2022, and $21 million from the acquisition of 10 Carstar franchise sites in the fourth quarter of 2021 and same-store sales growth.”

The third quarter saw system-wide sales for Driven Brands increase by 22% versus the prior year to $1.5 billion. The company also reports 9% net store growth and an 11.9% increase in consolidated same-store sales. Net Income increased 16% over the prior year to $38.4 million, with adjusted net income increasing 26% to $55 million. Company-operated store sales increased by $127 million of which $57 million related to the collision and glass segments. For the third quarter, same-store sales and net store growth resulted in a 39% revenue increase from last year to more than $516 million.

“We continue to have solid momentum entering the fourth quarter, building on our strong performance year-to-date. We are growing, taking share and generating cash, leveraging our proven playbook for growth with a robust pipeline of franchise and greenfield openings,” says Jonathan Fitzpatrick, president and CEO.

This entry was posted in glassBYTEs Headlines and tagged Driven Brands. Bookmark the permalink.