AirPro Diagnostics LLC names multiple defendants, including Drew Technologies Inc., in a lawsuit alleging breach of contract, unfair competition and interference with business expectancy. According to the complaint filed in U.S. District Court for the Eastern District of Michigan, AirPro accuses Drew Technologies of violating a mutual party agreement from which the latter took information and “wrongfully exploited it for its own benefit.” 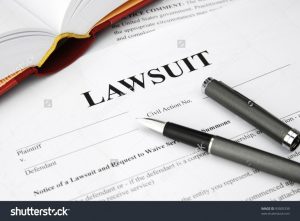 AirPro alleges “on information and belief” that Drew Technologies used information obtained from the mutual party agreement for its own benefit.

AirPro formed in 2016 to distribute a new device designed to combine module programming features of a device dubbed CompuFlash with a multi-vehicle remote scanning tool. That device utilized a Cardaq interface produced and distributed by Drew Technologies. The companies came to an arrangement in which CompuFlash LLC would manufacture and sell the devices to AirPro, at which time AirPro would distribute them to customers along with remote services.

Discussions on developing a mutual partnership between AirPro, CompuFlash and Drew Technologies resulted in the creation of a mutual party agreement between the three entities. According to the complaint, the agreement included one-year terms along with restrictions that prevented the parties from disclosing information they received for three years.

“Under the terms of that agreement, the parties agreed to exchange information to one another, including ‘business strategies, pricing, techniques, computer programs, methods, drawings, formulas, specifications, software, or other data of a business or technical nature,’” the complaint reads.

AirPro alleges “on information and belief” that Drew Technologies used information obtained from the mutual party agreement for its own benefit.

“Specifically, AirPro disclosed its business model and pricing structure, and it further disclosed details regarding how its use of the AutoEnginuity Giotto product in conjunction with the Cardaq interface allowed AirPro to successfully provide remote diagnostic services to collision repair shops for a wide range of vehicles,” AirPro writes in its complaint.

AirPro contends that the above combination of hardware and software was not generally known to the industry. The company says that not long after Drew Technologies obtained the information and technical knowledge, Drew Technologies used said information to enhance its Remote Assistance Program.

The 2020 acquisition of AutoEnginuity by Opus IVS via Drew Technologies saw AutoEnginuity implement a new End User License Agreement. According to AirPro’s complaint, that agreement “prohibited AirPro’s entire business model for providing remote diagnostic services, and it further placed restrictions on the manner in which the services provided using the AutoEnginuity Giotto product could be marketed.”

Furthermore, AirPro says it was not given a copy of the agreement until August 2021, the time at which Herron reportedly informed AirPro that it was in violation of the agreement, warranting termination of AirPro’s software license.

“Defendants’ wrongful termination of AirPro’s license and ability to use the Giotto product temporarily left AirPro with limited access to up-to-date aftermarket diagnostic software, and it forced AirPro to have to transition to a new diagnostic software vendor,” AirPro argues in its complaint. “The foregoing conduct of defendants constitutes a thinly veiled attempt to harm their competitor by preventing its use of the Giotto product and otherwise inflicting financial harm on AirPro.”